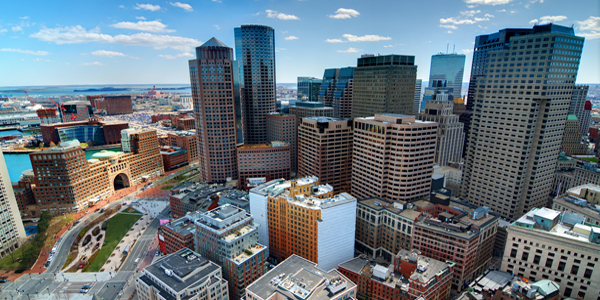 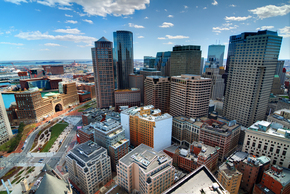 According to a third-quarter report by Jones Lang LaSalle on the US office market, there was a slight improvement in this sector, compared to the second quarter, but expectations for future growth have had to be "reset," because of concerns about the global and US economies.

"The recovery has been limited to a handful of (geographic locations) dominated by energy and technology demand, mainly in Texas, Northern California and the Pacific Northwest," says Jones Lang LaSalle's New England Research Manager, Lori Mabardi. "But Boston appears to be bucking the East Coast trend of stalled momentum," by performing like a West Coast market, in that it is driven by high-tech and life sciences firms, she says.

The Boston metro had an asking rent growth of 1.4% in the third quarter and a drop in vacancy of 30 basis points. "But our market is contending with dual forces," says Mabardi. On the one hand, large firms are shrinking their space and becoming more efficient, while high tech and life science firms, as well as many start-ups, are growing and expanding their physical footprint.

Traditionally, Boston was dominated by financial and legal services, sectors which haven't turned the corner yet, says Mabardi. "Once we do, the fundamentals can improve dramatically," she says.

Boston has recovered 80% of the jobs lost in the recession, but not the same jobs, says Mabardi. "We're still above historical averages in terms of vacancies," she says. "There is little new office supply in Boston and what there is, is mostly build-to-suits, but as companies downsize, (leaving more space on the market)" there is an additional supply of office space, as if there had been new space built, says Mabardi.

In the third quarter, Class B office space was the bright spot in Boston, according to the Jones Lang LaSalle report. This segment had a 3.1% growth in asking rents, compared to a .4% asking rent growth for Class A space in the third quarter, both compared to the second quarter of 2012. "This is likely due to the organic growth, as opposed to M&A activity, in the high-tech and life sciences sectors in Cambridge and the Seaport district, in addition to continued spillover demand into the city's financial district and northern suburbs," says Mabardi.

In the third quarter there was 523,000 square feet of positive absorption in the Boston office market and the direct vacancy rate was 14.3%, down 30 basis points from the second quarter. But when looking at total available space (including future available space that companies have already said will be put on the market over the next 12 months, as well as currently vacant space,) the absorption was a negative 93,000 square feet, according to Jones Lang LaSalle. In fact, total availability was 19.9% in the third quarter, up 10 basis points from the quarter before. "There is a question as to whether there will be enough economic growth to absorb all of this space," says Mabardi.