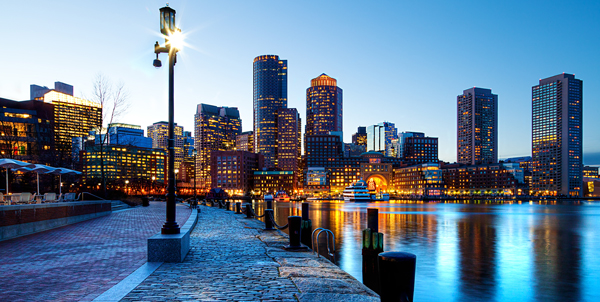 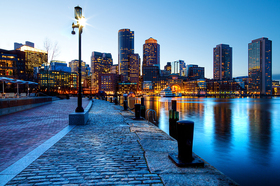 The Greater Boston office market ended 2012 with a bang, according to a report by Jones Lang LaSalle. It had a 6.6% rent growth year-over-year and a positive 1.4 million square feet in direct net absorption.

Leading the way in the recovery was Boston's financial district that has been benefitting from the spillover demand for the Back Bay and Seaport Districts. This submarket had a direct vacancy rate 11.9% at year-end, a level not seen since early 2010 and an improvement of over four percentage points year-over-year, although the availability rate was 19.1%.

In the past, according to the JLL report, there were large blocks of space in low-rise segment of the buildings in the Financial District, but the spillover demand from the Back Bay and Seaport districts helped fill the void. Leases signed by Ebay, Partners Healthcare, Iron Mountain and Homesite, among others, have helped to fill the empty space.

The Seaport District had another strong year registering direct asking rates of $37.87, up by $8 over the last year and surpassing the Financial District's Class B rents for the first time.

The Back Bay district closed the year with a vacancy rate up 200 basis points year-over-year, mostly because of 185 Dartmouth which was repositioned and put back on the market in the third quarter of 2012 and was vacant at the end of the fourth quarter. Still, the direct vacancy rate remained low, at 6.1%, although the availability rate was 13.6%, and asking rates increased by a whopping 19.2% year-over-year, according to JLL.

In the suburbs, the 128-Mass Pike sub-market remained the star with Class A rents reaching $32 per square foot and where rents for the prime office buildings went even higher, the current equivalent to Seaport District Class B rents, which are in the high 30s.

Cambridge actually saw rents decline, but this is because it is a tight market where the more expensive spaces are taken, leaving only the lesser choices, both in terms of cost and desirability.

The employment picture has improved in Boston and this improvement underlies the success of the office market, according to the JLL report. According to employment data through November, the Boston NECTA (New England City and Town Area) added over 38,000 jobs in 2012, exceeding 2011's growth of 11,000 jobs. The Greater Boston total employment numbers are now only 10,000 jobs short of the previous peak, making the pace of recovery one of the strongest in the US.  Also, it appears that long-time lagging sectors, like financial, legal and accounting services are starting to recover. The financial services sector added 4500 jobs in 2012, the best since 2007, and legal and accounting services also seem to be turning the corner. The healthcare sector, on the other hand, that had grown 3% year-over-year during the recession, saw its rate of growth slow to 1% year-over-year.

High-tech (computer systems design) and life sciences (scientific research and development) continue to do well. While their rate of growth has slowed, they continue to be bright spots in the recovery, growing at 10% and 5% year-over-year respectively.

In spite of the bright spots in Boston's economy, it remains disproportionately vulnerable, if there are big cuts in spending on healthcare or defense in 2013, according to JLL.