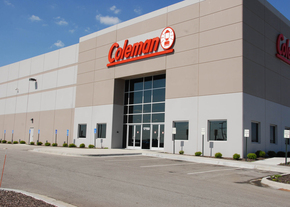 The new facility will make available a line of credit over the next four years with an option to extend it for an additional year. Chambers Street also has the option to request an increase in the facility of up to $700 million for a total of $1.4 billion.

"This new line of credit reinforces the strength of our investment strategy and provides us with an expanded capital platform to build upon our existing portfolio and support the next phase of the company's growth as an investor in high-quality, net-leased commercial real estate," said Jack A.Cuneo, president and CEO of Chambers Street Properties.

Chambers owns commercial properties across three continents in more than 40 markets: It has 124 properties around the globe. Of those, 112 properties are in the US, seven are in the United Kingdom and five are located in Germany. In addition, Chambers Street owns an interest, with institutional partners in Asia, in eight properties in China and Japan. 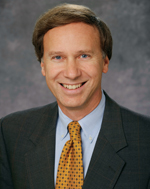 Last month, Chambers Street announced the purchase of a fully-occupied 1.1-million-square-foot- warehouse/distribution center in Kansas City, Kansas, as well as the purchase of a 1-million-square-foot state-of-the-art logistics facility near Koblenz, Germany. The latter is still under construction, but is 100% pre-leased, says Philip Kianka, executive vice president and chief operating officer at Chambers Street Properties. The facility in Koblenz is expected to open possibly by December 2012, although the opening date may be pushed back, he says.

"We have focused on warehouses and logistics (properties) since the beginning," of the company, says Kianka. CB Richard Ellis Realty Trust started with a private placement in 2004 but there was an IPO in November 2006, he says. "We became Chambers Street Properties on July 1, 2012," says Kianka.

"Before the name change, we were part of CBRE Advisors and employees of CBRE Global Investors with an annual contract that came up every April," says Kianka. "But as we matured as a REIT, and after we raised equity through the public markets, we decided to take over the management team and become direct employees of the REIT," he says.

Chambers Street's acquisitions are guided by a change in logistics patterns, says Kianka, "Everyone (who owns industrial properties today) is reviewing their needs and relocating near ports or intermodal facilities," he says. "We are also getting closer and closer to population centers," says Kianca.

In this new scenario, says Kianca, port cities like Jacksonville are favored along with markets like Kansas City, which has the advantage of intermodal facilities. Although Jacksonville is not as large as Kansas City, it does have direct access to the port, and ships can get into Jacksonville fairly easily, he says.

"Everyone who is buying logistics properties has a presence in the Southeast," says Kianca, and Chambers Street is no different. It has a significant presence in North and South Carolina markets that are close to Charleston and Savannah.

One reason that industrial property owners want to be in the Southeast, says Kianca, is to take advantage of the expansion of the Panama Canal, scheduled for completion in 2015.  The Panama Canal project will make it easier for Asian suppliers to ship goods directly to the East Coast. But in order to accommodate the larger ships that will be coming through the canal, ports need to make infrastructure improvements.

"Charleston and Miami are out in front of (with respect to infrastructure improvements)," says Kianca, "and (industrial properties in Miami) are being considered (for acquisition by Chambers Street), but in Charleston and Savannah, you can connect with a greater population.

Meanwhile, Kianca says that Chambers Street isn't confining itself to acquisitions in industrial markets in the Southeast. "We are looking throughout the US, wherever we can get the best deals, as well as in Europe," he says.