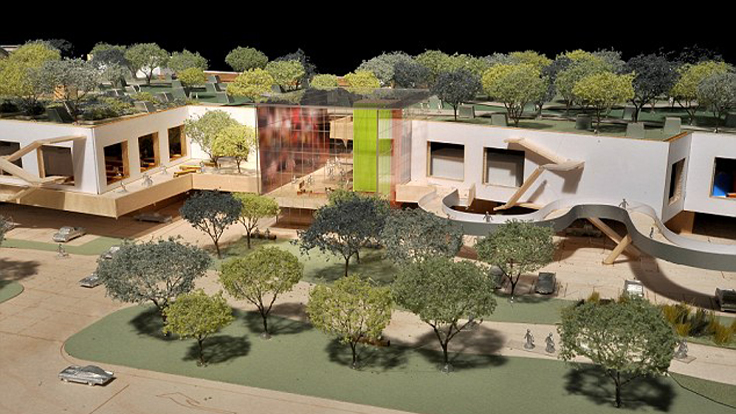 
Architect Frank Gehry's toned down design for Facebook's expanded headquarters has been unanimously approved by the Menlo Park City Council.

"Where's the 'Like' button?" said the city's mayor, Peter Ohtaki.

Best known for the elaborate Guggenheim museum in Bilbao and the Disney concert hall in Los Angeles, Mr. Gehry's original design for the long 433,000-square-foot building included many of his trademark flares, including "butterfly wings" on the edge of the buildings. But Facebook executives asked for a simpler look.

"They felt some of those things were too flashy and not in keeping with the kind of the culture of Facebook, so they asked us to make it more anonymous," Gehry creative partner Craig Webb, told the city council.

The new design is amazingly unobtrusive and sedate for a Gehry project. The most dominant feature in the new design is a rooftop park covered with oak trees. The buildings will cover a surface-level car park and range from 45 feet to 73 feet high. The city granted a variance to allow for a slightly larger and taller complex than originally allowed by zoning.

Wired offered this perspective on the design:

"Facebook's aversion to panache speaks to the company's hacker ethos, which emphasizes functionality over form and, at its most insular, heads-down work over outside engagement and communication. In a way, Facebook's "very anonymous" new building design is like Zuckerberg's trademark outfit of gray hoodie, jeans and sneakers: an unassuming wrapper around a remarkably capable entity."
The new facility will be constructed across the street from Facebook's current headquarters, which once housed Sun Microsystems' offices. A tunnel beneath the highway will connect the two campuses. 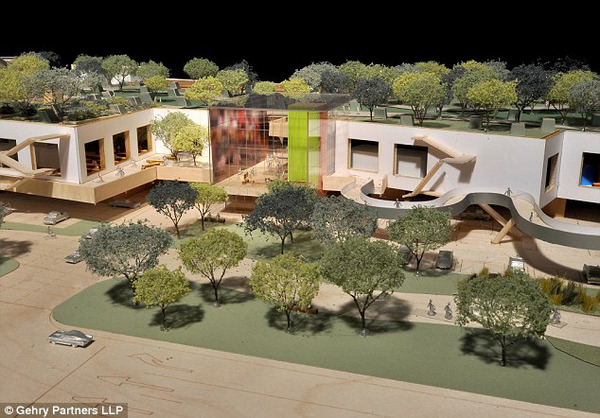 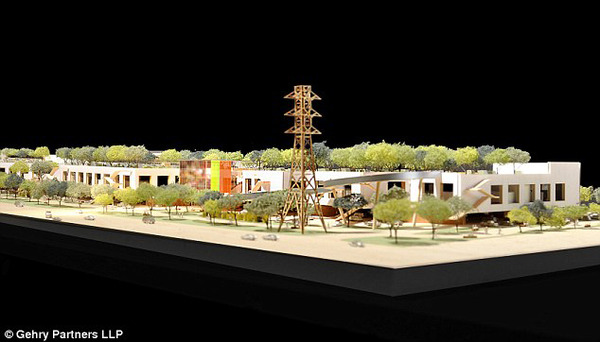