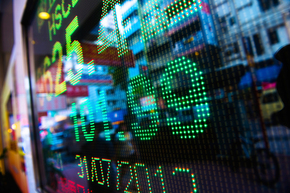 The world is beating a path to Palm Beach County's door, at least the world of hedge funds. This is according to Kelly Smallridge, president and CEO of the Business Development Board of Palm Beach County, Florida.

The reasons for this new-found affection go beyond South Florida's mild weather and lack of a state income tax. These attributes are not new. But high taxes in the Northeast, as well as, more recently, at the federal level, have kick-started the migration south for many financial firms, but especially hedge funds, who only need phones and computers to set up shop anywhere in the world.

Palm Beach County hasn't been the only South Florida county to welcome the titans of the financial industry of late, although the others probably see fewer than South Florida's northernmost county.

Last year, ESL Investments, a hedge fund, leased about 6,000 square feet in the Bay Harbor Islands area of Miami-Dade County near the ocean. The firm, headed up by billionaire investor Eddy Lampert, moved to South Florida from Greenwich, Connecticut.

Jonathan Kingsley, senior vice president at Jones Lang LaSalle in Miami, said that he hasn't seen an unusual proliferation of hedge fund firms from the New York area coming to Miami. "But we do see a lot of hedge funds from all over the world," he says. One of primary reasons for this is the comfort level in South Florida, where there is lots of wealth and a critical mass of people with second and even fifth homes in the region, not to mention the absence of a state income tax, says Kingsley.

Evan Rapoport, CEO of HedgeCo.net, a data base and website for hedge funds, has been based in West Palm Beach for ten years, having moved to the area from New York. "The tax issue was out there as long as we can remember, but it was only recently, when the federal tax rate increased for those making over $400,000," as a result of the resolution of the "fiscal cliff," that many hedge funds started thinking about coming to Florida, he says. "Most people in (the hedge fund) industry make more than $400,000, so (the new rate) is hitting home right now," says Rapoport.

But according to Smallridge, between 27 and 30 hedge funds had moved to Palm Beach County already in the last two or three years. As for the tax advantages, the main draw is not just the recent increase in federal taxes, but higher taxes at the state and local levels in the Northeast, she says. "If you make $1 million in New York, you pay close to $70,000 in state personal income taxes," says Smallridge, quoting data from the accounting firm Alpern Rosenthal. Sales tax is also higher in New York than in Palm Beach County, 9% versus 6%, she says.

Given the advances in technology, Rapoport says that he can operate his business from anywhere. "Additionally, Palm Beach County is one of the wealthiest counties in the country and I had a lot of investor contacts here, so for those who want to raise funds, (South Florida, and Palm Beach County in particular, is fertile ground)," he says. Also, Rapoport, who monitors 8,100 hedge funds around the world, says that he likes being a bigger fish in a smaller pond.

"But we still need a physical presence in the tri-state area," says Rapoport. His company occupies 6,000 square feet of office space in Florida and has a 7,200 square foot office in New York, where some hedge funds occupy part of the space, while his firm uses about 2500 square feet.

"It is far more cost effective to operate in South Florida," says Rapoport, not just because of taxes, but because salaries are lower too, although with lower taxes and living expenses, employees' incomes are about the same as in the Northeast, he says.

Smallridge says that while she doesn't have specific information about how the hedge-fund migration has affected Palm Beach County's office market, the vacancy rate went from 27% at the height of the downturn to 15% to 17% today. Still, there is plenty of space for hedge funds, she says.

Smallridge says that hedge funds prefer Palm Beach County, because it looks and feels different from the rest of South Florida. "The development is not as dense here and there is less traffic. Plus, we have neighborhoods that are property planned and offer great places to raise a family," she says. At the same time, there is a certain level of sophistication and the same access to Latin American and Caribbean markets, as in the rest of South Florida, says Smallridge.