The relationship between high-tech job growth and accelerating rents was especially pronounced within tech-dominated submarkets, led by Redwood City in San Francisco Peninsula, where rents have increased 30 percent over the past two years, Midtown South in Manhattan (up 29 percent) and River North in Chicago (up 26 percent). 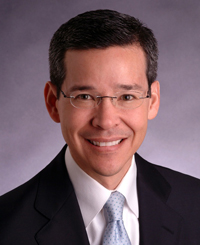 "Within preferred submarkets, which, in many cases, are the neighborhoods of choice for Millenials and high-tech companies, vacant space has become increasingly scarce. As a result, nearby submarkets may see increased leasing activity by tech companies," said Colin Yasukochi, Director of Research and Analysis for CBRE Global Research and Consulting.

According to the report, which tracks high-tech employment and office market conditions in 20 tech-oriented office markets across the U.S., the high-tech sector has accounted for one of every four new office-using jobs since 2009. Within the Tech-Twenty markets, 10 grew their high-tech job base by more than 10 percent, including Austin (34 percent), San Francisco Peninsula (30 percent) and New York (23 percent), between 2011 and 2013.

Other highlights of the report include: