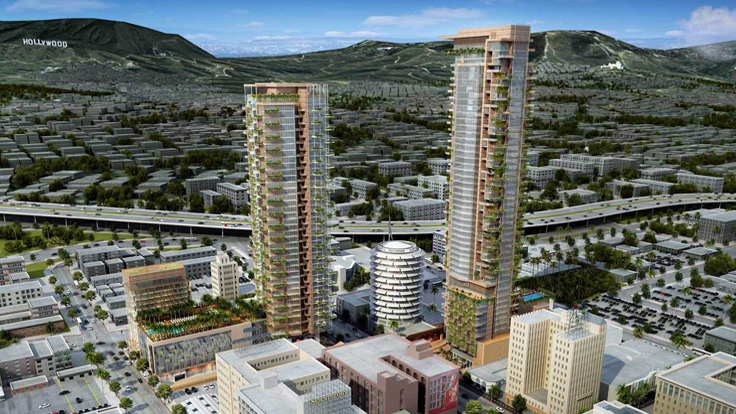 
A group of Hollywood residents filed a lawsuit yesterday to stop the $654 million Millennium skyscraper project over concerns it will be built on an active earthquake fault.

The lawsuit filed in Los Angeles County says city officials approved plans to build the 39- and 35-story tall buildings without disclosing the proximity to the fault. The suit names the City of Los Angeles and the developers, Millennium Hollywood, LLC, who denied the charges.

"We have gone above and beyond the requirements for most development projects in Los Angeles to conduct seismic studies that conclusively demonstrate the safety of our project site," Millennium Partners said in a statement.

However, the group said they will do "any additional geotechnical investigations that may be warranted."

In a news conference, attorney Robert Silverstein, who represents the neighborhood groups, said the City Council collaborated with the developers to hide potential earthquake and traffic issues.

This is the second lawsuit filed against the project. The neighboring "W" Hotel filed a lawsuit asking the court to review the environmental impact.

"Allowing a single building designed for human occupation to be built upon an active fault is pure folly; permitting two skyscrapers with nearly 500 homes and a busy hotel is an unspeakable tragedy waiting to happen," the "W" lawsuit said. 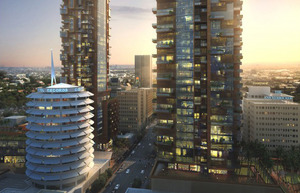 "The city will not permit the construction of new buildings on top of active faults," Mr. Millman said.

Sitting on 4.47 acres of land, the Millennium Hollywood project would develop approximately one million square feet of use, including a combination of residential units, hotel rooms, offices, restaurant space, a health and fitness club, retail establishments and 2,000 new parking spaces, according to the project website.