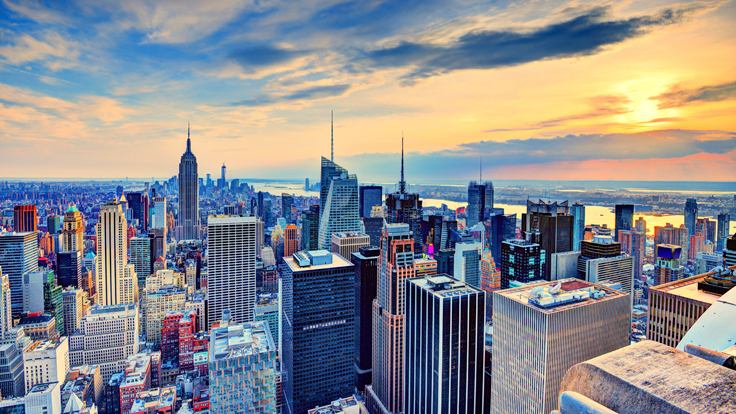 Tech leases represented 21 percent of all leases signed in January, increasing from 10 percent the previous month, according to the latest report from Jones Lang LaSalle. 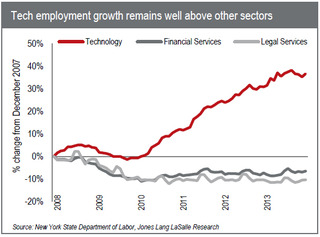 A total of 13 tech leases were signed in January, just one less than the dominant financial services industry.

January's largest lease was Twitter's 144,000-square-foot transaction at 245 and 249 West 17th Street, while IBM signed a lease for 118,425 square feet at 51 Astor Place, where it will locate its IBM Watson Group, the report shows.

The tech sector recorded 663,276 square feet of total activity in January, with a large number of tech leases expected to close in the next several months. 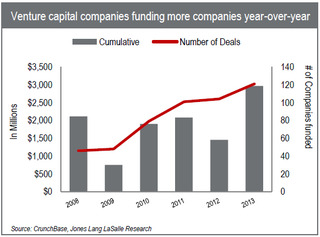 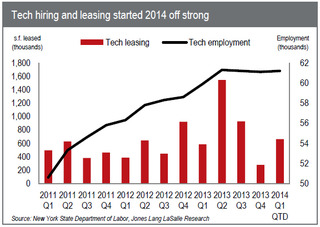 The technology sector has become one of the fastest growing sectors in New York City's office market, with total leasing volume for the sector growing by more than 2000 percent from 2008 to 2013. Last year, the tech sector recorded the largest growth among the sectors and beat its own five-year average by more than five percent.

Venture Capital funding was strong in January, with a total of 33 transactions worth more than $220 million close during the month, marking the eighth consecutive month with more than $200 million of venture capital funds raised.