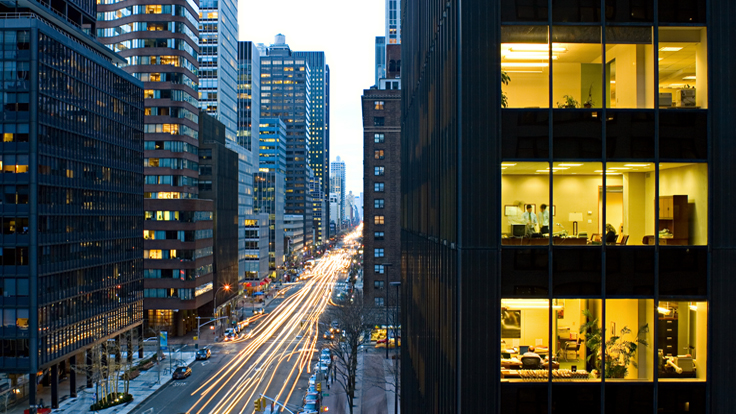 
The U.S. office market recorded the highest quarterly jump in a year for leasing activity at the end of 2013, according to Cushman & Wakefield.

"The technology and the energy markets remain strong," Maria Sicola, executive managing director and head of Americas research for C&W, said in the report. "San Francisco, Boston, Houston and Denver are the markets that are seeing quite a bit of the activity and remain resilient. It's a great start for those markets, but the other more pressing factor is going to be other industries recovering and  expanding beyond technology and energy." 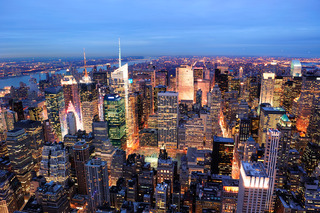 The Midtown Manhattan market also led the nation in full-year activity, with 16 million square feet of activity. That was 9.8 million more than C&W's second place in the report: Downtown Manhattan.

In the fourth quarter, the vacancy rate for CBDs increased slightly to 13.5 percent from the 13.1 percent recorded in the final quarter of 2012. Compared to the previous quarter, the rate increased just 0.1 percent. However, 17 CBDs recorded a drop in vacancy for the fourth quarter, with the largest quarterly declines seen in Hartford, Conn. (down 7.03 percent), Phoenix (down 2.6 percent) and Silicon Valley (down 1.6 percent).

A total of 6.4 million square feet of office space entered the market in 2013, with Downtown Manhattan accounting for two million of that. 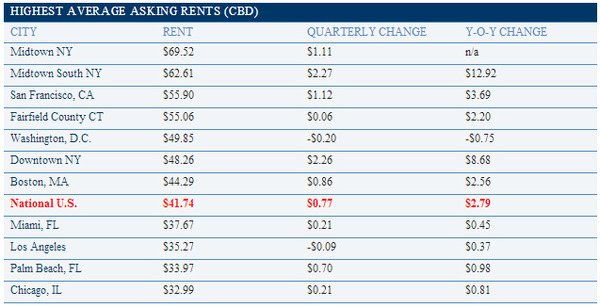 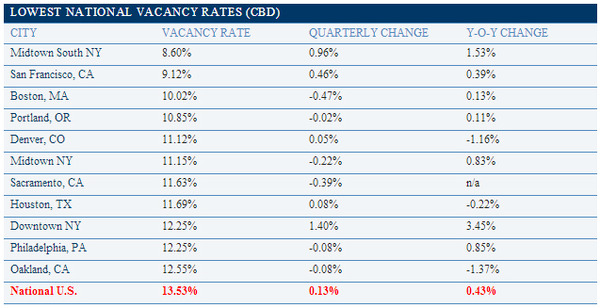