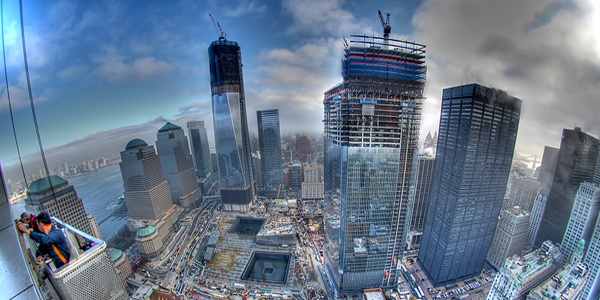 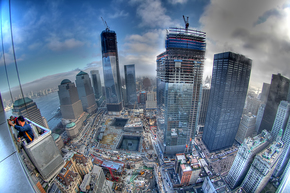 The latest tenant to tie the knot, taking 270,000 square feet, is the General Services Administration, which, in mid-July, signed up for 20 years at  "a market rate," says Jordan Barowitz, spokesman for The Durst Organization, which is responsible for leasing at the building. He declined to give a specific price per square foot for the deal.

The One World Center building, which upon completion is slated to be the tallest building in the Western hemisphere, will cost an estimated $3.2 billion, says Steve Coleman, spokesperson for the Port Authority of New York and New Jersey, which is developing the building in partnership with The Durst Organization. It will be 1776 feet tall and have 3 million square feet of office space spread out over 104 stories. One World Trade Center, formerly known as the Freedom Tower, is scheduled for completion in late 2013 or early 2014, he says.

In addition to the GSA lease, there are two others. This spring, The Durst Organization--an equity partner in the development of One World Trade Center--announced that the publisher Conde Naste had signed a 20-year lease for 1.2 million square feet in the building. Plus, in 2009, China Center, New York, LLC, a division of Vantone Industrial Co., Ltd., a Chinese real estate company, signed a roughly 190,000-square foot lease. "But the financials on the deal were signed off on before Lehman Brothers," says Barowitz, in an attempt to put the lease-signing in context, without actually identifying the price per square foot. 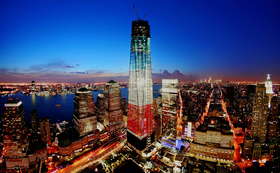 As for the most recent lease, Barowitz says: "The GSA rents were determined through a complex formula because of the nature of deal; the federal government (in this case, US Customs), had been a tenant in the old 6 World Trade Center; now, the GSA (also a part of the federal government) agreed to come back to (the new) tower one."

Coleman says that to become an equity partner in the development of One World Trade Center, The Durst Organization contributed $100 million up front to the project, in what he termed, "a complicated arrangement."

There are no leases in the works now, says Barowitz, "but there are many prospects, some of which are household names. There has been interest from a variety of banks and financial services companies," he says. By the end of the year, I don't know if more leases will be signed, but there has been a lot of interest in the building and hopefully we'll have another deal soon."