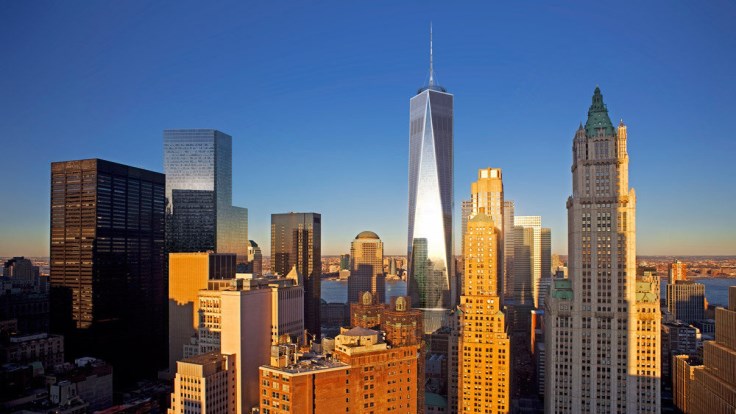 
One World Trade Center was topped off this morning with a silver spire, bringing the height of the iconic building to 1,776 feet.

The 1,776 feet is symbolic of the year 1776, when the U.S. declared its independence. The building is in the northwest corner of the site where the twin towers were destroyed in the September 11, 2001 terrorist attacks.

"I think we need it -- as a city, as a nation," site construction worker Mike Prender told the New York Daily News. "It's inspiring. It's good for America."

The addition of the spire would make One WTC the tallest building in the United States. However, the 408-foot spire, which will serve as a broadcast antenna, has long been a point of discussion regarding the building's true height. The Chicago-based Council of Tall Buildings and Urban Habitat, which tracks tall building heights, says an antenna is not included in a building's height since it can be removed. However, a spire or other permanent structure is counted toward the height if it is part of the building's architectural design.

Last year the design of the structure on top of WTC was changed, raising questions about whether it was a spire or an antenna. The CTBUH has not issued a final statement about the height of the building.

Without the spire, OneWTC would be shorter than the Wills Tower in Chicago, which is 1,451 feet tall and currently the tallest building in the U.S.

Scheduled to open in 2014, tenants for the building include magazine publisher Conde Nast, the government's General Services Administration and Vantone Holdings China Center, according to the Daily News.