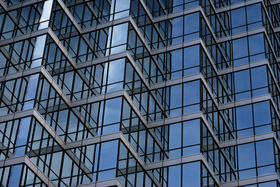 November is usually a slow month for commercial real estate sales in the US, but this year in November, the office market had its third highest dollar volume for the year and the largest year-over-year gain in 15 months, according to a recently released report on the office market by Real Capital Analytics. Sales of office buildings worth $2.5 million or more totaled $6.9 billion for the month, more than double the volume from November 2011, according to RCA.

There were a number of noteworthy sales in November, including the sale of the Candler building in Manhattan's Midtown West submarket. The 227, 685- square foot, 100-year-old building sold for $261 million or $1,146 per square foot in November, according to RCA. The building, which had a 100% occupancy at the time of the sale, had a pro forma cap rate of 5.5% compared to the average cap rate for CBD properties of just under 6.5%.

On the West Coast, the 1.1 million square foot, 24-year-old former Washington Mutual Tower in Seattle sold for $548.8 million or $492 per square foot, even though the building was only 77% occupied.

Sales of CBD office buildings rose in November to $4.4 billion, the highest monthly total in the first 11 months of 2012, reversing a seven-month trend of year-over-year declines. Sales of suburban properties totaled more than $2.5 billion in November, which amounted to a 33% year-over-year increase, according to RCA. More importantly, both categories--the CBD and suburban office properties-- had a decrease in the average cap rate.

The increase in office property closings in November was broad-based, according to RCA, and not influenced by any large portfolio transactions. Distress sales accounted for a small percentage of the volume of sales.

The positive momentum established in November continued into December which could cause the dollar volume of office sales to be twice as large based on the number of deals in contract and the desire of buyers to close deals before a possible hike in tax rates on January 1, 2013. Given this scenario, office transactions for 2012 could be close to $74 billion, a 15% increase over 2011, according to RCA.

Among the markets that had the largest dollar volume of sales in the first 11 months of 2012 were San Francisco, which had $3.5 billion, Manhattan which had $8.3 billion and Washington, D.C. with $2.7 billion.