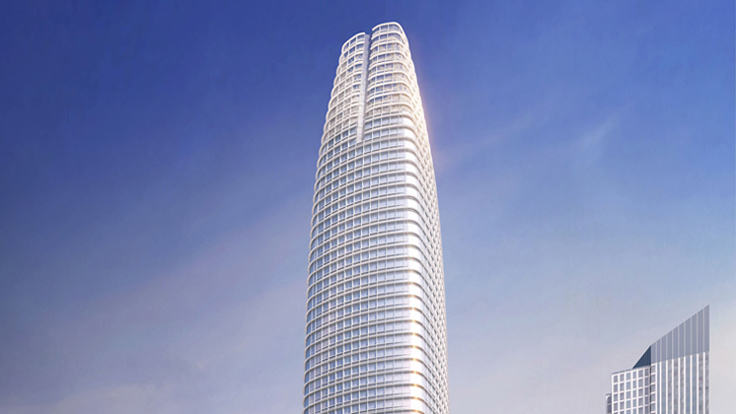 
After years of debate and delays, construction officially started this week on the Transbay Transit Tower complex, an elaborate mixed-use project which will include San Francisco's tallest building. 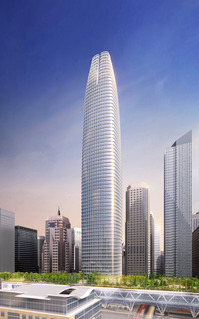 Based in the heart of the city at First and Mission streets, the project is the city's largest redevelopment effort in decades.

The centerpiece of the project is a 1,070-foot-tall (326-meter), 60-story office tower, designed by Pelli Clarke Pelli Architects, the creators of Petronas Towers in Kuala Lumpur, the World Financial Center in New York and many other iconic projects around the world. The current tallest building in the city is the iconic Transamerica Pyramid, which is 853 feet.

The tower will connect to the Transbay Transit Center, which will link 11 different regional transportation systems, creating San Francisco's version of New York's Grand Central Station. The roof of the transit center will be covered with a 5.4-acre park and deep "light columns" that will bring natural light into the complex.

The glass-walled tower will be topped with a 150-foot-tall "transparent crown" that will be lit at night.

"We wanted something visible at urban scale but almost Zen-like in its simplicity... the idea is to further lengthen and slim the profile and also create something more distinctly emblematic of the city," architect Fred Clarke told reporters last September.

Mr. Clarke's firm won the commission for the project six years ago, but the developers were slowed by financial and design issues. The design has gone through many alterations in recent years. 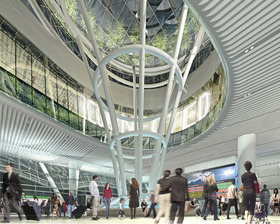 Boston Properties and Hines are developing the tower. The city sold the developers the land for the tower for $190 million to help finance the transit center.