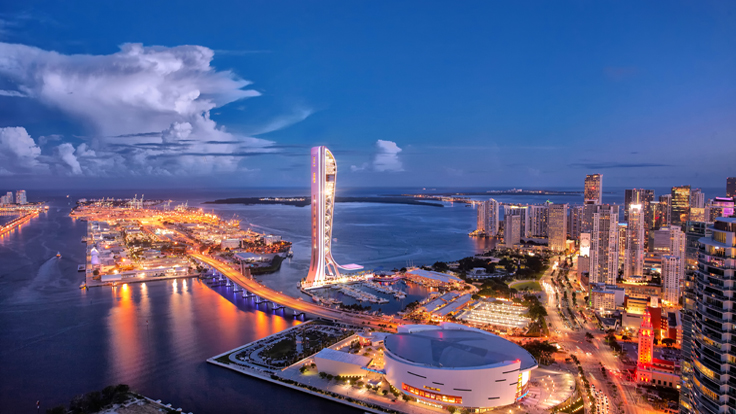 The Architectonica-designed SkyRise will be 1,000 feet tall, built in downtown Miami and is expected to include observation decks, an upscale restaurant, a bungee drop and a ride dropping about 50 stories. 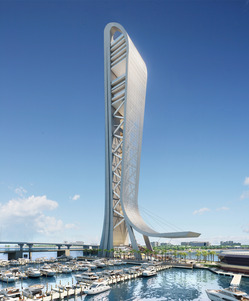 The "R"-shaped tower would be open on the sides to allow hurricane-force winds to flow through. The tower's height has been approved by the Federal Aviation Administration, The Miami Herald reports.

"I view this as a legacy opportunity,'' Mr. Berkowitz told The Miami Herald. "It will forever cement Miami on the list of great world cities."

Coastal Construction and Tishman, contractors for the World Trade Center, will work on the project, according to media reports.

The project still needs to be approved but has the support from Miami-Dade Mayor Carlos Gimenez.

"I really hope it gets off the ground," Mr. Gimenez told The Herald. "It would be a signature structure for Miami."

Miami's current tallest tower is the Four Season Hotel & Tower at 789 feet, according to data from the Council on Tall Buildings and Urban Habitat. Compared to famous observation towers around the world, it would be taller than the 984-foot-tall Eiffel Tower. However, it would be half the size of the 1969-foot-tall Canton Tower in Guangzhou, China.