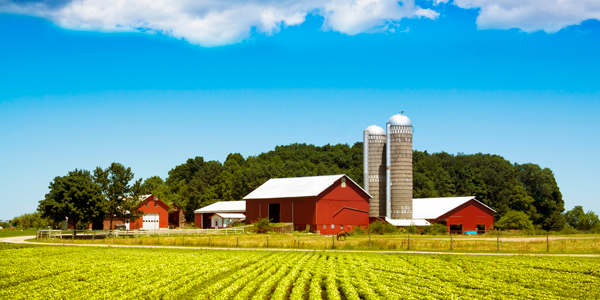 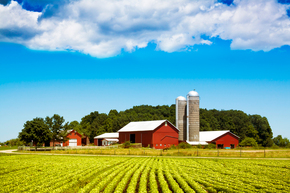 This Tuesday (October 23rd), a headline in The New York Times proclaimed: "Across Corn Belt, Farmland Prices Keep Soaring." But a farmland survey released last Friday by the National Council of Real Estate Investment Fiduciaries (NCREIF), which analyzes returns from land owned by the association's institutional members in third quarter 2012, amply illustrates that the prices for agricultural land aren't uniformly going up.

Altogether, the NCREIF Farmland Index tracks the 541 properties, worth $3.3 billion, owned by its members throughout the US. Of those properties, 120 are operated by institutional owners while the other 421 properties are leased to tenant farmers, says Jeffrey Havsy, NCREIF's director of research in Chicago. The owners of these properties are pension funds, high-net-worth individuals, or even, potentially, sovereign wealth funds, he says. Land operated by agri-business owners is not included in the survey.

The total return in the third quarter from properties in the NCREIF index was 1.91%, which includes 0.74% appreciation and a 1.17%  income return. This is down from second quarter's 2.34% total return and just below the 1.97% from third quarter 2011. The income return declined sharply from 1.42% in the second quarter. One possible reason for the drop, says Havsy, is the drought that led to less income per acre. But it is hard to tell, at this point, how much the drought has affected return figures, including income, he says.

Not all farmland in the US was affected by the drought this past growing season, and not all crops in  regions affected by drought react in the same way, of course. "The cropland discussed in The New York Times article is most likely (planted with) annual crops--row crops that are planted each year," said Havsy. In contrast, so-called permanent crops, mostly fruit and nut trees, are not planted every year and are subject to different affects from climate and soil, he says.

In any case, if investors' interest in farmland has increased over the last couple of years, that may be due to strong farmland returns combined with poor returns from other asset classes. But if investors think that the weather will return to a more normal pattern and there won't be another drought next season, they will expect a bigger crop yield and higher prices for those crops, so they will be willing to pay more for the land, he says. "But if they think drought is a long-term trend, they may be unwilling to pay higher prices," says Havsy.

"On a national basis, cropland values have gone up about 15% over the past two years, based on NCREIF data," says Havsy. But that varies dramatically by region, he says. "In the corn belt, land values are up a lot more than that, while in other regions, values are flat."

But even in the Corn Belt, growth can vary from quarter to quarter. In the fourth quarter of 2011, according to NCREIF, Corn Belt farmland values appreciated by 12.5%, but less than 1% in third quarter 2012.

In the Pacific Northwest, there was actually negative appreciation in third quarter 2012, but the region had the highest income return, 2.29%, in the quarter.  "While this is unusual, it isn't unprecedented. One potential explanation (for this phenomenon) is that storm damage impacted the longer-term value of the trees or land, but that this year's crop was salvaged," says Havsy.