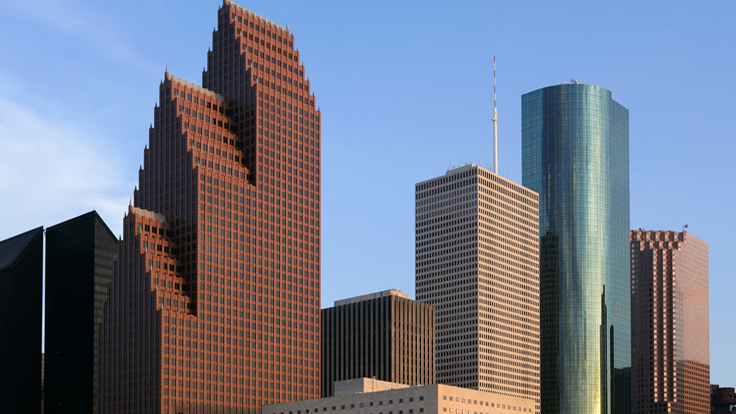 
Office vacancy rates declined in 10 of the 13 largest markets in the U.S. in second, with Houston and Boston posting the largest drops, according to preliminary data released today by CBRE.

The vacancy rate for offices is now 12.0 percent in Houston, down from 12.5 percent, while 12.1 percent of the space in Boston is available, down from 12.6 percent.

Washington D.C. was the only major market to record an increase, rising to 14.4 percent, due to "decreased activity by the federal government."

Rental rates "continued to trend higher and concessions remained stable in most markets due to moderate job growth," the consultancy reports. 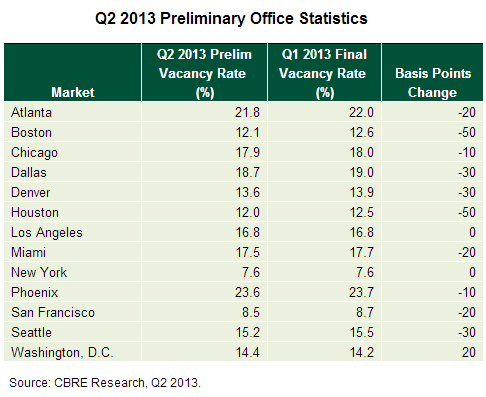