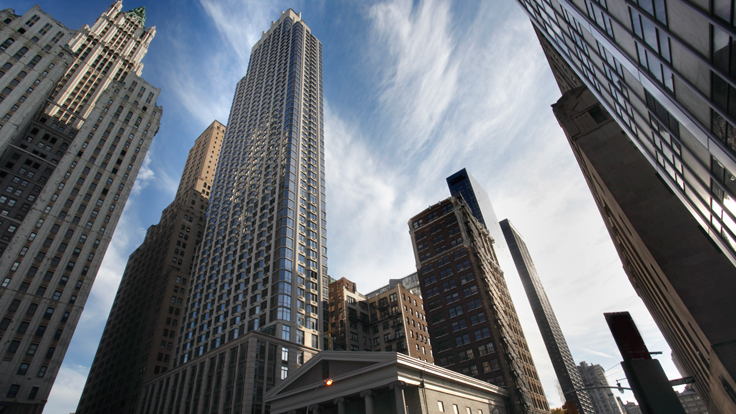 
Global office values continued to rise in the second quarter, led by a surge in valuations of office property in the United States, property firm CBRE reports.

"Low rates of return prevailing across other fixed-income asset classes, even with the recent uptick in long term interest rates, investors are willing to pay higher prices for the rising income streams available from well-situated commercial properties," CBRE reports.

The Americas index "markedly outperform[ed] the other regional indices," growing 2 percent in the quarter and 6.2 percent year-over-year. Asian investors have been particularly active in the U.S. in the first half of the report.

"Prime assets in gateway markets like New York, Boston and San Francisco continued to attract investors who are willing to accept lower going-in yields for the relative safety and liquidity offered by prime assets in these markets," CBRE reported.

The Americas office market even outpaced Asia Pacific, which has "fully rebounded from the financial crisis," with valuations standing 5.3 percent above the pre-crisis peak in 2008. But Asia Pacific values "have largely stabilized after a strong upswing," rising a slim 2.2 percent in the last year, CBRE says.

In the EMEA, growth slowed in the second quarter and was only 1.8 percent higher than a year ago despite "regional standouts" Dublin and Zurich. Declines were limited to Spain, Italy and France.

Meanwhile rents were relatively unchanged around the world, except in the Americas, which were 2.4 percent higher than a year ago.

"The slow pace of the global economic recovery continues to inhibit rent growth," Raymond Torto, CBRE chairman of global research said in the report. "However, rents continue to remain broadly stable, as limited new construction in most parts of the world keeps available supply in check."