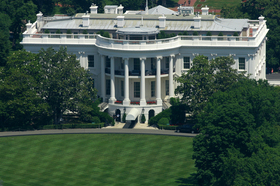 The Washington, D.C. metro area continues its economic expansion, but at a slower pace than in prior expansion periods, according to a third quarter 2012 office market/economic report put out by Delta Associates and Transwestern. This slower growth is due partially to the uncertainty associated with possible sequestration and the end of Bush Era-tax cuts, tentatively scheduled for January, 2013, according to the report.

In spite of fears about possible sequestration and the ending of tax cuts, there is continuing growth in the Washington metro, because of the strength of the regional economy, according to the Delta Associates/Transwestern report. Among those strengths are a highly-educated workforce, economic diversity (compared to the 1970s when there was more dependence on the federal government), growing technology and healthcare  industries, a strong housing market with sustained values and a plethora of corporate  and association headquarters, many of which have moved into the area in the past five years, says Elizabeth Norton, senior vice president and Mid-Atlantic research director at Delta Associates.

Regardless of these strengths, however, the Washington, D.C. area saw a payroll employment increase of only 24,300 in the 12 months ending July 31st, compared to a long-term annual average of 39,800. These statistics contrast with job growth during a typical expansionary period of 60,000 to 80,000, making this past year's job growth look anemic by comparison. Still, the unemployment rate for the Washington metro was 5.6% in July 2012, down from 6.0% the year before. This compares to the national rate of 8.3% in July 2012. The national rate went down to 8.1% in August 2012.

The Washington metro area office market had negative net absorption and a rising vacancy rate during the first three quarters of 2012, because demand was not enough to offset tenants vacating space, according to the Delta/Transwestern report. This was the result of several factors, including Base Realignment and Closure ( BRAC) Commission-related tenants moving out of privately-owned office space into government-owned space in addition to the fears about sequestration. Plus, many other kinds of tenants are consolidating and/or downsizing their operations.

"We expect the share of government leasing to remain limited for the foreseeable future, as Congress scrutinizes any large lease deals and agencies are forced to do more with less," although private sector leasing should gradually start to rise, according to the Delta Associates/Transwestern report. But significant growth in demand will not be felt until 2014 or 2015, when there will be more need for Class A space, says Norton.

Meanwhile, some General Services Administration (GSA) tenants are relocating to military bases, a trend that will be "continuous for the next handful of years," says Norton. Military bases are owned, rather than leased, which saves money for the government.