According to the California Association of Realtors (C.A.R.), lower interest rates and stabilizing home prices combined to boost home sales in June 2014. However, diminished home affordability remains a challenge for buyers, particularly in high cost areas of the state.

June marked the eighth straight month that sales were below the 400,000 level and the eleventh straight decline on a year-over-year basis.  Sales in June increased 1.5 percent from a revised 389,060 in May but were down 4.8 percent from a revised 414,830 in June 2013.  The statewide sales figure represents what would be the total number of homes sold during 2014 if sales maintained the June pace throughout the year.  It is adjusted to account for seasonal factors that typically influence home sales.

"While June home sales rose at the statewide level, the market is still constrained by tight supply and low housing affordability in areas of high demand, where job growth is robust and international buyers have a strong presence," said C.A.R. President Kevin Brown.  "Overall, however, with inventory improving and home sales slowly moving back up, the market is more balanced, and we could see further market normalization in the upcoming months as interest rates remain at the lowest levels we've seen so far this year." 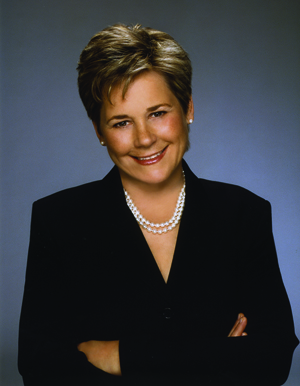 The statewide median price of an existing, single-family detached home slipped 2 percent from May's median price of $466,320 to $457,160 but was up 6.6 percent from the revised $428,700 recorded in June 2013.  The statewide median home price has increased year over year for the previous 28 months, marking more than two full years of consecutive year-over-year price increases. The median sales price is the point at which half of homes sold for more and half sold for less; it is influenced by the types of homes selling as well as a general change in values.

"Home prices are finally increasing at a healthier pace, and the smallest year-over-year price gain in more than two years suggests that prices are stabilizing," said C.A.R. Vice President and Chief Economist Leslie Appleton-Young.  "Last year's frenzied market of multiple offers, which drove sales prices above listing prices, has tapered off as the sales-to-list price ratio has dropped to a more normal level at nearly 99 percent, which signals a return to a more balanced market."

Other key facts from C.A.R.'s June 2014 resale housing report include: 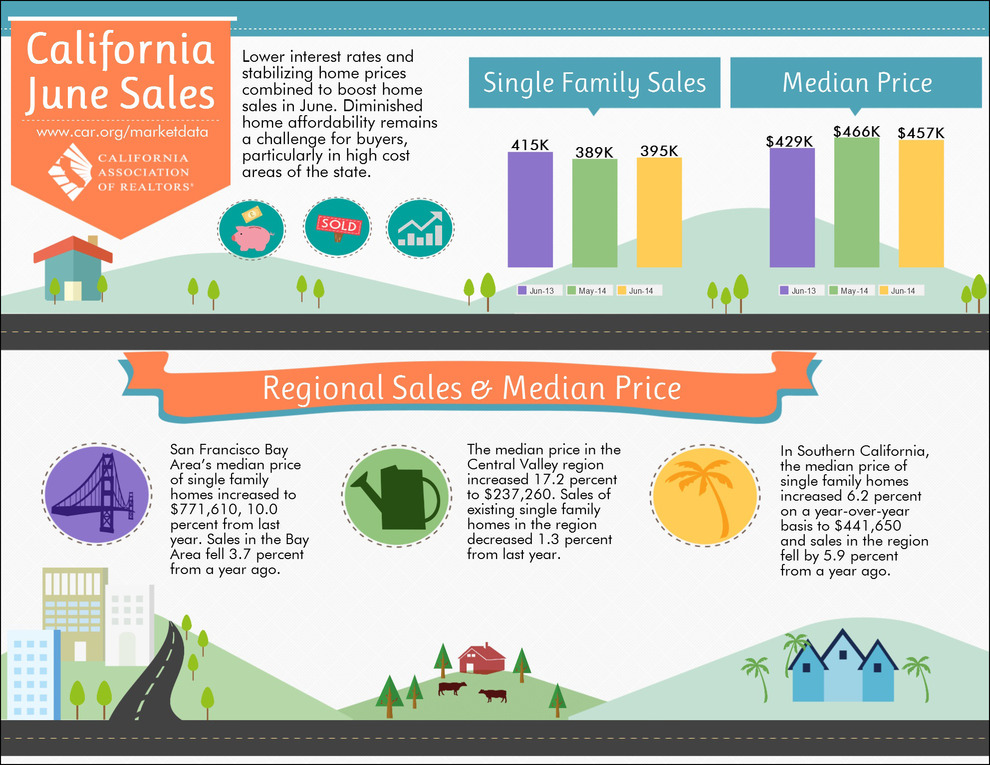