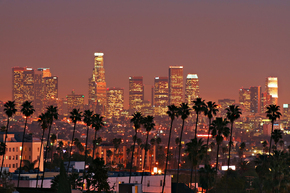 "California home sales were strong in May, continuing the gradual recovery of the California housing market," said C.A.R. President LeFrancis Arnold.  "First-time buyers are recognizing that the housing market has hit bottom and are now seeing a sense of urgency to take advantage of ultra-low interest rates and advantageous home prices.  Additionally, trade-up buyers are returning to the market after sitting it out for the past few years to get in on favorable home prices."

Closed escrow sales of existing, single-family detached homes in California climbed 3.4 percent from April's revised 553,670 to a seasonally adjusted annualized rate of 572,260 in May, according to information collected by C.A.R. from more than 90 local Realtor associations and MLSs statewide.  May sales surged 21.5 percent from May 2011's revised 470,910 pace, marking the highest year-over-year sales increase since May 2009.   The statewide sales figure represents what would be the total number of homes sold during 2012 if sales maintained the May pace throughout the year and is adjusted to account for seasonal factors that typically influence home sales.

The May 2012 sales pace was the highest since February 2009, when 598,770 homes were sold at a seasonally adjusted annualized rate.

Home prices appear to be stabilizing, with the median home price posting both month-over-month and year-over-year gains for the third consecutive month. The statewide median price of an existing, single-family detached home was $312,110 in May, the highest since September 2010.

The increase in the median price can be attributed to the strong sales increase in the higher-priced coastal regions, particularly in the San Francisco Bay Area, where job growth is strong and the economy is growing faster than other areas of the state.

California's housing inventory sank lower in May, with the Unsold Inventory Index for existing, single-family detached homes dropping to 3.5 months in May, down from 4.2 months in April.  May's housing inventory was down from a revised 5.7 months in May 2011.  The index indicates the number of months needed to sell the supply of homes on the market at the current sales rate.  A 7-month supply is considered normal. 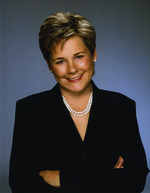 "Low housing inventory continues to be the critical issue in the California market," said C.A.R. Vice President and Chief Economist Leslie Appleton-Young. "Inventory levels have not been this low since December 2005, when the supply matched the current level. The Bay Area has the greatest shortage of homes for sale, with inventory levels in the two- to three-month range for Santa Clara, San Mateo, Alameda, and Contra Costa counties."

Homes are moving faster on the market with the median number of days it takes to sell a single-family home dropping to 46.6 days in May, down from a revised 48.9 days in April and 52.0 days in May 2011.