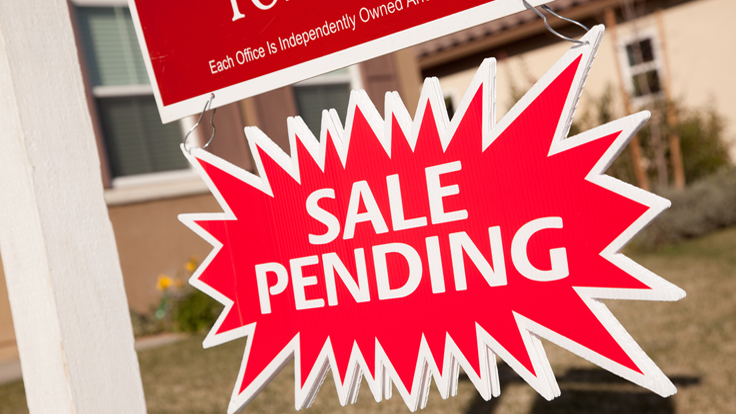 
Data released today from the S&P/Case-Shiller Home Price Indices show U.S. home prices were 12.4 percent higher in July than a year earlier, but there are signs that prices may have peaked.

The 20-city index rose 1.8 percent in July from June, with all 20 cities reporting gains for the fourth month in a row. Phoenix has seen prices rise for 22 consecutive months.

"Home prices gains are holding their 12 percent annual rate of gain established by the two composite indices in April," David M. Blitzer, chairman of the index committee at S&P Dow Jones Indices said in a statement.

The Southwest is leading the rebound. Las Vegas was the biggest gainer in the last year, with prices up 27.5 percent from a year earlier, compared to a 24.9 percent increase in June. San Francisco, Los Angeles and San Diego are up 24.8 percent, 20.8 percent and 20.4 percent respectively, but "all remain far below their peak levels," according to Case Shiller.

"More cities are experiencing slow gains each month than the previous month, suggesting that the rate of increase may have peaked," Mr. Blitz said.

The Case Shiller numbers are a month behind the National Association of Realtors data, but tend to illustrate similar trends. The latest report from NAR for August showed sales at the highest level since 2007.

However, NAR economist Lawrence Yun warned that sales are "likely to be uneven in the months ahead from several market frictions."

Case Shiller also noted that fluctuations in mortgage interest rates will impact sales in the months ahead.

"Following the increase in mortgage rates beginning last May, applications for mortgages have dropped, suggesting that rising interest rates are affecting housing," Mr. Blitzer said. "The Fed's announcement last week that QE3 bond buying will continue for the time being may have only a limited, though favorable,impact on housing." 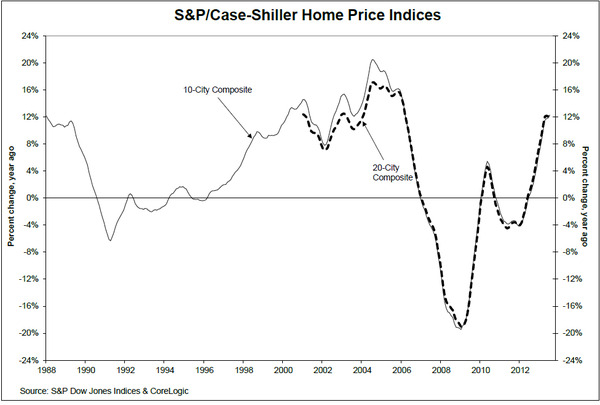 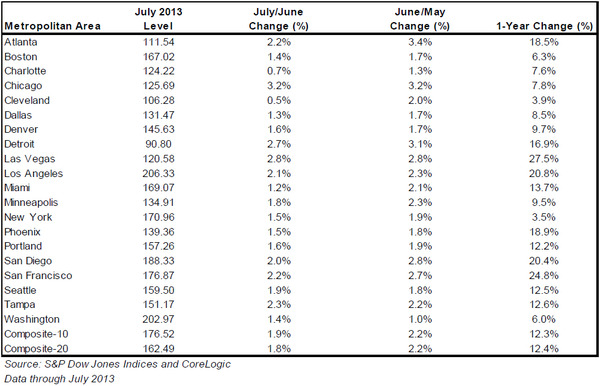