According to a new report by CoreLogic, more than 300,000 homes returned to positive equity in the first quarter of 2014, bringing the total number of mortgaged residential properties with equity to more than 43 million. 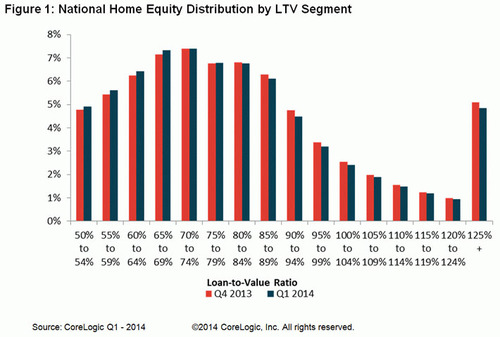 Negative equity, often referred to as "underwater" or "upside down," means that borrowers owe more on their mortgages than their homes are worth. Negative equity can occur because of a decline in value, an increase in mortgage debt or a combination of both. 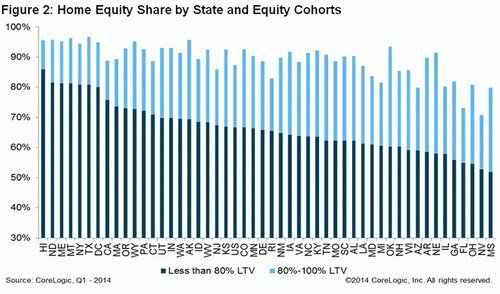 For the homes in negative equity status, the national aggregate value of negative equity was $383.7 billion at the end of Q1 2014, down $16.9 billion from approximately $400 billion in the fourth quarter 2013. 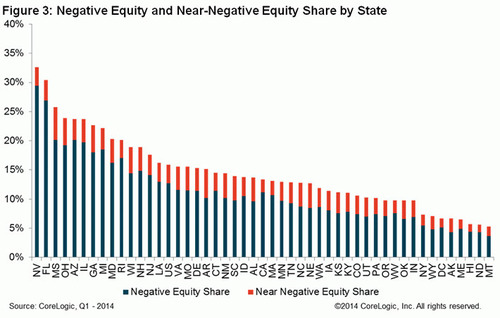 "Despite the massive improvement in prices and reduction in negative equity over the last few years, many borrowers still lack sufficient equity to move and purchase a home," said Sam Khater, deputy chief economist for CoreLogic. "One in five borrowers have less than 10 percent equity in their property, which is not enough to cover the down payment and additional costs associated with a conventional mortgage."

"Prices continue to rise across most of the country and significantly fewer borrowers are underwater today compared to last year," said Anand Nallathambi, president and CEO of CoreLogic. "An additional rise in home prices of 5 percent, which we are projecting will occur over the next 12 months, will lift another 1.2 million properties out of the negative equity trap." 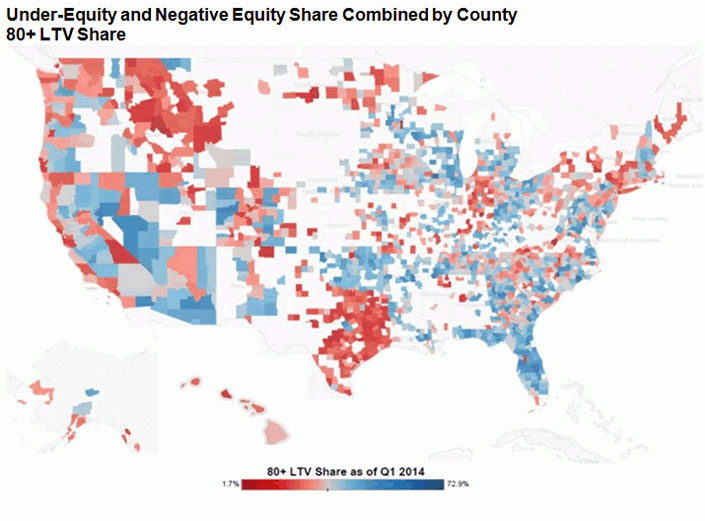