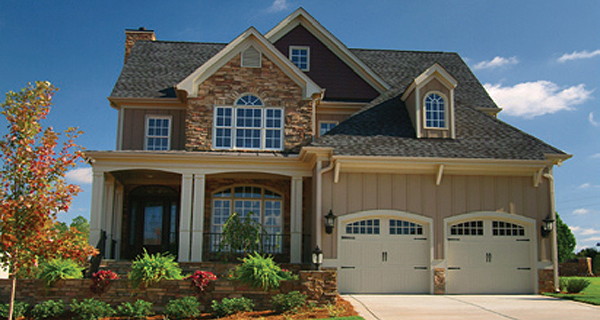 
According to Zillow's fourth quarter Real Estate Market Report, home value declines in the United States accelerated in the fourth quarter, with the Zillow Home Value Index (ZHVI) falling 1.1 percent during the quarter after posting less significant declines in the previous two quarters. The ZHVI declined 4.7 percent in 2011, ending at $146,900.

However, the Zillow Home Value Forecast predicts home values will continue falling through December 2012, but with smaller declines in 2012 than 2011.

While home values in some individual markets are likely to reach a bottom this year, Zillow does not forecast a definitive national bottom until 2013. The Forecast calls for a national decline of 3.7 percent in 2012.

The Zillow Home Value Forecast uses data from past home value trends and current market conditions, including leading indicators like home sales, months of housing inventory supply and unemployment, to predict home values over the next 12 months for the nation and the 25 largest markets tracked by Zillow.

Metropolitan statistical areas (MSAs) like Los Angeles, Riverside, Calif. and Phoenix, which were among the hardest-hit in the housing downturn, will likely reach a bottom in home values and will experience home value increases or stability in 2012, according to the Forecast. Other markets that are likely to reach a bottom and see home values increase or remain flat in 2012 are the Baltimore and Washington DC MSAs. Markets which may end 2012 without significant increases in home values, but which are likely candidates to see a bottom late in the year are the Dallas, Denver, Miami-Fort Lauderdale, Fla., New York, Pittsburgh, San Diego, San Francisco and Tampa, Fla. MSAs.

"While it may be disconcerting for homeowners to see values nationally fell at a fairly rapid clip at the end of last year, that trend won't last through 2012," said Zillow Chief Economist Dr. Stan Humphries. "The fourth quarter's weak performance proves that pronouncements of a bottom in home values have been premature, but the good news is that 2012 will prove to be a better year than 2011. In fact, many markets show signs of a bottom this year, although a bottom may continue to elude the nation as a whole in 2012. Fortunately, against a backdrop of modest further declines in home values, we expect that home sales will pick up briskly this year as affordable prices bring more buyers to the table - especially investors and second-home buyers."
Foreclosures 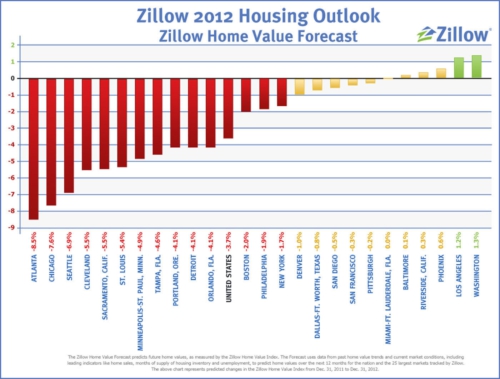 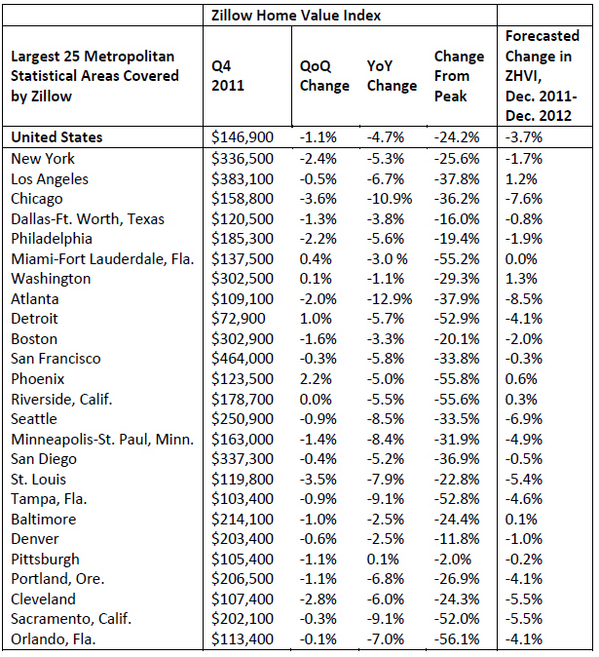