U.S. Home Sales Dip in December, Yet Prices Continue to Rise From Lack of Inventory 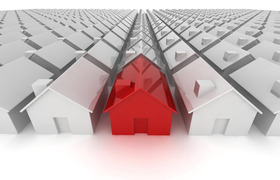 According to the National Association of Realtors (NAR), existing-home sales eased in December but are well above a year ago, while limited inventory maintained the upward momentum in home prices. Total sales in 2012 were the highest in five years, while the annual price rose the most since 2005.

Total existing-home sales, which are completed transactions that include single-family homes, townhomes, condominiums and co-ops, declined 1.0 percent to a seasonally adjusted annual rate of 4.94 million in December from a downwardly revised 4.99 million in November, but are 12.8 percent above the 4.38 million-unit level in December 2011.

Lawrence Yun, NAR chief economist, said pent-up demand is sustaining the market.  "Record low mortgage interest rates clearly are helping many home buyers, but tight inventory and restrictive mortgage underwriting standards are limiting sales," he said.  "The number of potential buyers who stayed on the sidelines accumulated during the recession, but they started entering the market early last year as their financial ability and confidence steadily grew, along with home prices.  Likely job creation and household formation will continue to fuel that growth.  Both sales and prices will again be higher in 2013."

Total housing inventory at the end of December fell 8.5 percent to 1.82 million existing homes available for sale, which represents a 4.4-month supply at the current sales pace, down from 4.8 months in November, and is the lowest housing supply since May of 2005 when it was 4.3 months, which was near the peak of the housing boom.

The national median existing-home price for all housing types was $180,800 in December, which is 11.5 percent above December 2011.  This is the 10th consecutive month of year-over-year price gains, which last occurred from August 2005 to May 2006, and is the strongest increase since November 2005 when it jumped 12.9 percent. 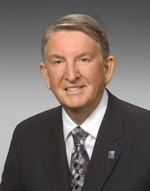 NAR President Gary Thomas, broker-owner of Evergreen Realty in Villa Park, Calif., said affordability conditions will be fairly stable in the near term.  "Although mortgage interest rates should gradually rise as the year progresses, they're expected to stay below 4 percent during the first half of the year, meaning qualified buyers generally can stay well within their means," he said.

"Although tight inventory is limiting home sales in many areas, overall sales are expected to stay on an upward trend.  The biggest impact of tight inventory is upward pressure on home prices, but after values fell below replacement construction costs, prices are still affordable in most of the country."

First-time buyers accounted for 30 percent of purchases in December, unchanged from November; they were 31 percent in December 2011.