According to RealtyTrac's April 2014 Residential & Foreclosure Sales Report, U.S. residential properties, including single family homes, condominiums and townhomes, sold at an estimated annual pace of 5,213,793 in April, a decrease of less than 1 percent from March but an increase of 4 percent from April 2014.

The median sales price of U.S. residential properties -- including both distressed and non-distressed sales -- was $172,000 in April, an increase of 4 percent from the previous month and an increase of 11 percent from April 2014 -- the biggest year-over-year increase since U.S. median prices bottomed out in March 2012.


"April home sales numbers are exhibiting the continued effects of low supply and still-strong demand that exist in many markets across the country," said Daren Blomquist, vice president at RealtyTrac. "Annualized sales volume nationwide decreased on a monthly basis for the sixth consecutive month and the 4 percent annual increase in April was the lowest year-over-year increase so far this year. Meanwhile median home prices nationwide increased to the highest level since December 2008.

"U.S. median home prices have now increased 21 percent since hitting bottom in March 2012, although they are still 28 percent below their pre-recession peak of $237,537 in August 2006," Blomquist continued. "There are a surprising number of markets, however, where median home prices have surpassed their previous peaks since the Great Recession ended in June 2009." 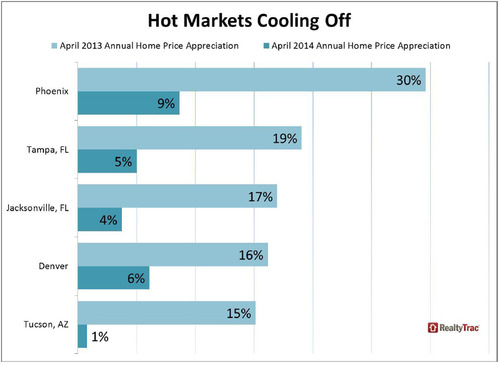 Since the recession ended in June 2009, median prices of residential property have surpassed pre-recession and recession levels (Jan 2005 through June 2009) in 53 counties, representing 19 percent of the 274 counties with a population of 200,000 or more where sufficient home price data is available. 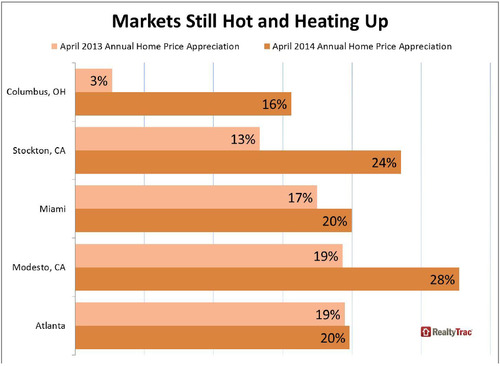 "We are starting to exceed pre-recession levels in all categories of the market in Oklahoma," said Sheldon Detrick, CEO of Prudential Detrick/Alliance Realty, covering the Oklahoma City and Tulsa, Okla. markets.  "Home value appreciation continues to rise despite a continued lack of available inventory."

Annualized sales volume in April decreased from a year ago in 13 states and the District of Columbia, along with in 28 of the nation's 50 largest metropolitan statistical areas. 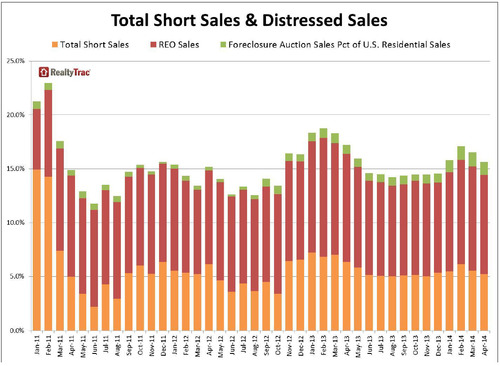 Major metro areas with decreasing sales volume from a year ago included Fresno, Calif., (down 23 percent), Boston (down 22 percent), Orlando (down 18 percent), San Francisco (down 16 percent), Los Angeles (down 14 percent), and Phoenix (down 12 percent). 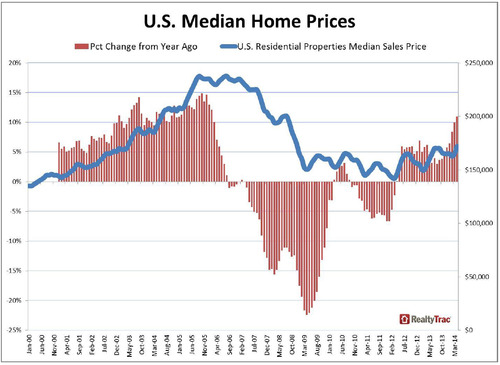 Although home price appreciation showed signs of cooling in several coastal California markets including as Los Angeles, San Diego and San Francisco, inland California markets posted three of the top five annual increases in median prices in April among metropolitan areas with a population of 500,000 or more. 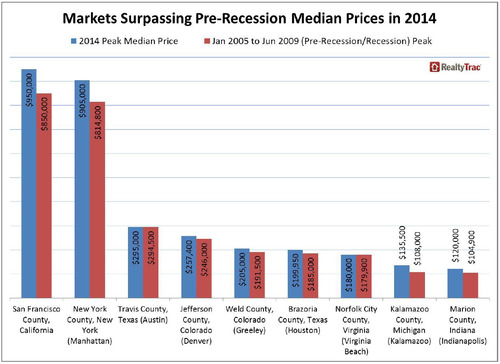