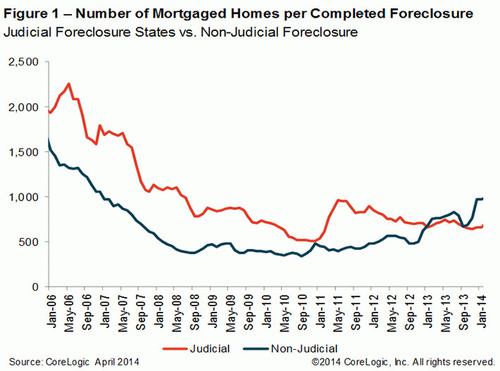 As a basis of comparison, before the decline in the housing market in 2007, completed foreclosures averaged 21,000 per month nationwide between 2000 and 2006.

As of April 2014, approximately 694,000 homes in the United States were in some stage of foreclosure, known as the foreclosure inventory, compared to 1.1 million in April 2013, a year-over-year decrease of 35 percent. 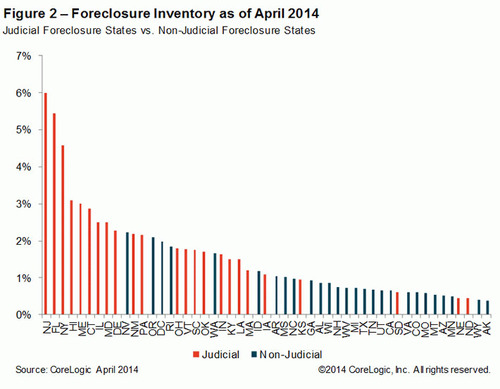 "We have now registered two and a half years of continuous decreases in the number of homeowners who are in some stage of the foreclosure process. This consistent decline means fewer Americans are experiencing the distress of delinquency and default," said Anand Nallathambi, president and CEO of CoreLogic. "The recovery may be slow, but it is steady." 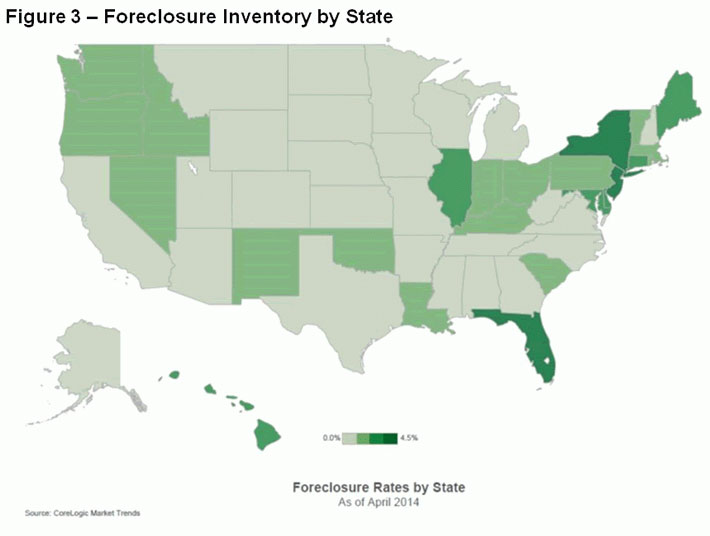