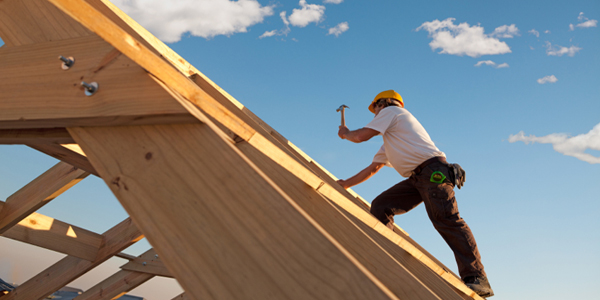 According to National Association of Home Builders/First American Improving Markets Index (IMI) reported today, the list of U.S. housing markets showing measurable improvement expanded by 29 metros in February 2012 to now include a total of 98 entries.

The index identifies metropolitan areas that have shown improvement from their respective troughs in housing permits, employment and house prices for at least six consecutive months. The February index adds some metropolitan areas that have been particularly weak; this is due to the fact that the IMI measures improvement from a bottom, and some of the hardest hit markets are showing signs of coming off of extreme lows. Keeping this in mind, notable new entrants to list in February include Miami, Fla; Boston; Detroit; Kansas City, Mo.; Portland, Ore.; Memphis, Tenn.; and Salt Lake City.

"The number of improving housing markets has risen for six consecutive months, and 36 states now have at least one metropolitan area on the list," noted NAHB Chairman Bob Nielsen, a home builder from Reno, Nev. "This indicates that despite the many challenges that continue to drag on a housing recovery - including the tight lending environment for builders and buyers - improving conditions are slowly but surely spreading from one housing market to the next."

"While many of the markets on the February IMI are far from fully recovered, the index points out where employment, home prices and housing production are no longer retreating and have held above their lowest recession troughs for six months or more," said NAHB Chief Economist David Crowe. "This is a sign that a large cross section of the country is starting to turn the corner as local economic conditions stabilize."

"The fact that there are nearly 100 markets now on the improving list shows that the momentum is building for a housing recovery and that more buyers and sellers are starting to feel confident enough to return to the market," said Kurt Pfotenhauer, vice chairman of First American Title Insurance Company.

The IMI is designed to track housing markets throughout the country that are showing signs of improving economic health. The index measures three sets of independent monthly data to get a mark on the top improving Metropolitan Statistical Areas. The three indicators that are analyzed are employment growth from the Bureau of Labor Statistics, house price appreciation from Freddie Mac, and single-family housing permit growth from the U.S. Census Bureau. NAHB uses the latest available data from these sources to generate a list of improving markets. A metropolitan area must see improvement in all three areas for at least six months following their respective troughs before being included on the improving markets list. 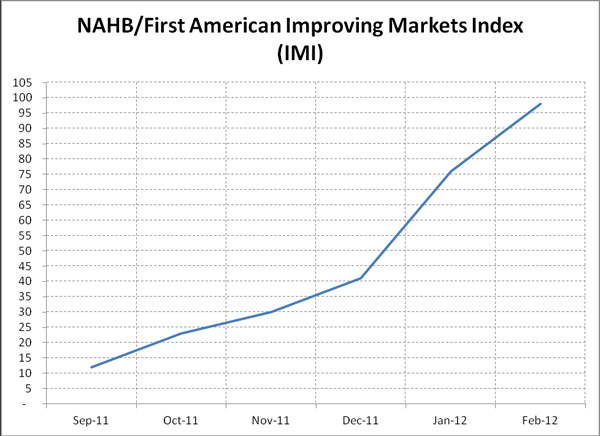