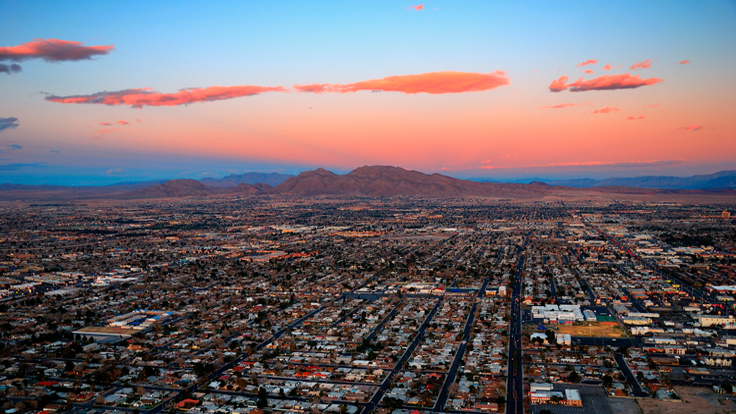 
Home prices in Las Vegas increased in October, after a fall the previous month ended a run of rising home prices that started in January 2012.

The median price for an existing single-family home in Southern Nevada was $185,000 in October, a 2.8 percent increase from September and 32.1 percent higher than a year earlier, according to data from the Greater Las Vegas Association of Realtors.

The median price for condominiums and townhouses was $100,000 in October, a 38.9 percent jump from last year and 5.3 percent higher than September.

The supply of homes on the market increased in October, seen as "welcome news for would-be home buyers" who are struggling to find homes, GLVAR said. However, home sales dropped to 3,192 in October, compared to 3,651 the year before.

GLVAR also reported a decrease in foreclosure and short sales in October, while "traditional sales" -- homes not in distress -- increased to 73 percent of all sales, from 69.6 percent in September.

"It has been several years since the local housing market has seen so few sales involving distressed homeowners," GLVAR president Dave Tina said. Mr. Tina expects short sales will continue to play a part of the housing market until the federal Mortgage Forgiveness Debt Relief Act expires at the end of 2013.

GLVAR warned that local home prices may dip again as the holidays approach. However, "these statistics show that we're seeing a more stable housing market than we had in the past two years or so," Mr. Tina said.