According to the Greater Las Vegas Association of Realtors (GLVAR) this past month, local home prices increased in February even though fewer homes are selling.

Existing local home prices bottomed out at a median price of $118,000 in January 2012 before rising for a record 19 straight months until September 2013. Prices have been fairly stable since then. Median single-family home prices are still well below their June 2006 peak of $315,000. 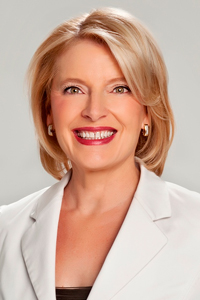 "This bodes well for a healthy housing market and the possibility of more stability heading into the spring and summer months," Kasama said. "At the same time, we've sold about 15 percent fewer homes so far in 2014 than we did during this same time last year. Another issue we're watching is a slowdown in short sales. There's some uncertainty in the market about whether or not Congress will vote at some point this year to extend the Mortgage Forgiveness Debt Relief Act that has been helping distressed homeowners in recent years."

Congress has not extended the Mortgage Forgiveness Debt Relief Act of 2007 that expired Dec. 31, 2013. If Congress doesn't go back and extend this law and make it retroactive to Jan. 1, Kasama said "it can create a big tax hit for anyone who did a short sale in 2014."

Kasama said Realtors are pushing Congress to extend this act for at least another year to help distressed homeowners. Unless Congress votes to extend this act retroactively, as members of Nevada's congressional delegation are proposing, any amount of money a bank writes off in agreeing to sell a home as part of a short sale starting in 2014 may become taxable when sellers file their income taxes. Without this tax relief, Kasama expects fewer short sales this year.

GLVAR continued to chart the transition from distressed to more traditional home sales, where lenders are not controlling the transaction. GLVAR has been reporting fewer short sales - which occur when lenders allow borrowers to sell a home for less than what they owe on the mortgage. For instance, in February, 14 percent of all existing local home sales were short sales, down from 17 percent in January. Another 12 percent of all February sales were bank-owned properties, up from 11 percent in January.

GLVAR said the total number of existing local homes, condominiums and townhomes sold in February was 2,518, down from 2,565 in January and down from 3,232 one year ago.

By the end of February, GLVAR reported 6,316 single-family homes listed without any sort of offer. That's down 3.4 percent from 6,541 such homes listed in January, but still a 107.3 percent jump from one year ago. For condos and townhomes, the 2,212 properties listed without offers in February represented a 29.2 percent increase from 1,712 such properties listed in January and a 73.5 percent increase from one year ago.

GLVAR said 46.8 percent of all existing local homes sold in February were purchased with cash. That's unchanged from January, but down from a peak of 59.5 percent set in February 2013.

These GLVAR statistics include activity through the end of February 2014. GLVAR distributes such statistics each month based on data collected through its MLS, which does not necessarily account for newly constructed homes sold by local builders or for sale by owners.