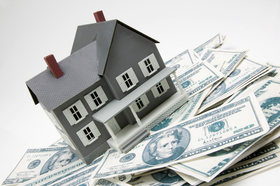 Frank Nothaft, vice president and chief economist of Freddie Mac says, "Mortgage rates ended this year near record lows. The 30-year fixed-rate mortgage averaged 3.66 percent for 2012, the lowest annual average in at least 65 years. Rates on 30-year fixed mortgages were nearly 0.6 percentage points below that of the beginning of the year, which translates into an interest payment savings of nearly $98,600 over the life of a $200,000 loan. Moreover, opting for a 15-year fixed mortgage at today's rates, a homeowner could save an additional $138,400 in interest payments."

The 5-year Treasury-indexed hybrid adjustable-rate mortgage (ARM) averaged 2.70 percent this week with an average 0.7 point, down from last week when it averaged 2.71 percent. A year ago, the 5-year ARM averaged 2.88 percent.