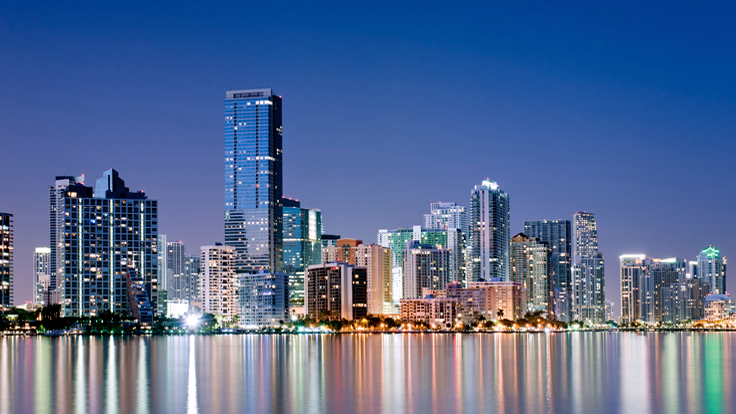 Sales of condominiums in Miami priced at more than $1 million jumped 61.3 percent in April compared to a year earlier, as buyers from around the world hunted for bargains.

The sample size was relatively small--100 sales in 2013 compared to 62 in April, 2012--but the increased activity at the high-end of the market was part of an overall 18.7 percent increase in condominium sales, according to numbers released today by the Miami Association of Realtors.

The median sales price of condominiums, which fell by more than 50 percent from the peak in many areas, is now $175,000, up 17.1 percent from a year ago and 4.8 percent from March.

But prices are still below peak levels and demand is growing, the Miami group reports. In April, 77.3 percent of condo sales were all-cash transactions, one of the quirks of Miami's market, where foreign buyers typically pay in cash. The national average for cash deals is closer to 32 percent.

"The consistent boost in residential and condominium sales in Miami indicates that buyers and investors are moving quickly to purchase these properties while supply levels remain historically low," said Natascha Tello, the chairman of the board of the Miami Association of Realtors, in a statement.

There is a 5.7 month supply of condos on the market, down 6.1 percent from a year ago, even after a 1.1 percent uptick in the last month, according to MAR's data.