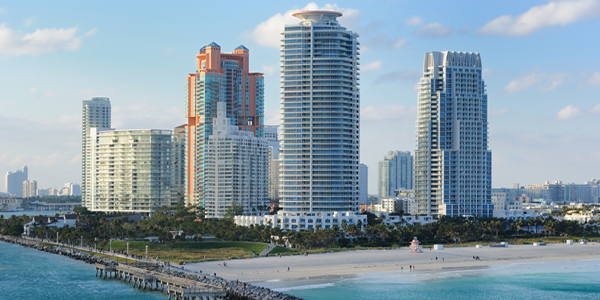 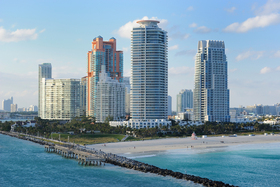 (Miami, FL) - According to the Miami Association of Realtors, Miami home sales set a new record in 2012, exceeding the previous record set in 2011 and even the height of the real estate boom in 2005.

The Miami real estate market cemented a strong comeback in 2012, as prices posted double-digit appreciation and sales rose despite a housing inventory shortage.

"The Miami real estate market continues to exceed expectations and generate optimism," said 2013 Chairman of the Board of the Miami Association of Realtors Natascha Tello.  "While we expected the surge in demand to drive price appreciation, we did not expect prices to increase as soon and as strong as they did.  Further, given the housing shortage experienced last year, we were not expecting to set another sales record."

Statewide sales of existing single-family homes totaled 18,031 in December, up 15.8 percent compared to a year ago.  Statewide condominium sales totaled 8,470, up 8.6 percent from December 2011. Nationally, sales of existing single-family homes, townhomes, condominiums, and co-ops declined 1.8 percent from November but were 12.8 percent higher than they were in December 2011, according NAR.

Statewide median sales prices in December increased 14.1 percent to $154,000 for single-family homes and 26.3 percent to $117,500 for condominiums, according to data from Florida Realtors Industry Data and Analysis department and vendor partner 10K Research and Marketing. The national median existing-home price for all housing types was $180,800 in December, an 11.5 percent increase from December 2011, according to the National Association of Realtors (NAR).

Active listings at the end of December were 24 percent below what they were in December 2011.  Inventory of single-family homes dropped 28 percent, while that of condominiums decreased 21 percent.  Currently, there are 5.2 months of supply of single-family homes and 5.7 months of supply of condominiums in Miami-Dade, representing drops of 33 and 22 percent respectively.

Total housing inventory nationally decreased 8.5 percent at the end of December and was 22 percent below year-ago levels, representing a 4.3-month supply.

Strong demand for bank-owned (REO) properties and improved processing of short sales continues to yield absorption of distressed listings and to contribute to price appreciation.  In December, 41.1 percent of all closed residential sales in Miami-Dade County were distressed, including REOs (bank-owned properties) and short sales, compared to 54.4 percent in December 2011 and 47.4 percent the previous month.  Nationally, distressed homes accounted for 24 percent of December sales. 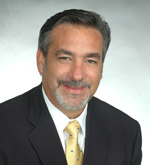 "We expect the Miami market to continue to strengthen in 2013 as demand for local housing intensifies," said 2013 Miami Association of Realtors Residential President Fernando I. Martinez.  "In addition to being a top market for foreign and vacation homebuyers and investors, Miami continues to attract global attention on many fronts, including business, banking, fine arts, and entertainment.  Such activities generate demand for housing, as evidenced by our strong rental market and lack of inventory available for sale."