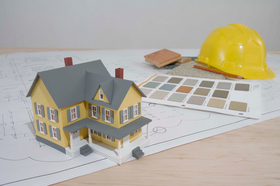 According to the National Association of Home Builders (NAHB), the second quarter of 2012 results of the Remodeling Market Index (RMI) slipped under pressure from a softening labor market, dropping two points to 45. The downward adjustment comes after the RMI reached 48 twice in 2011, the highest reading since 2006.

The RMI is based on a quarterly survey of NAHB remodelers that asks them to rate current remodeling activity along with indicators of future activity, like calls for bids.  An RMI below 50 indicates that more remodelers report market activity is lower (compared to the prior quarter) than report it is higher.

"Remodelers have some backlog of jobs and along with higher quality leads, this is making them cautiously optimistic about the near future," said NAHB Remodelers Chairman George "Geep" Moore Jr., GMB, CAPS, GMR and owner/president of Moore-Built Construction & Restoration Inc. in Elm Grove, La.  "The positive outlook is constrained by continuing credit constraints and inaccurate appraisals that make customer financing difficult for big jobs like additions and whole house remodels."

In the South, the RMI rose by one point to 47, while in the West it was flat at 47. The RMI for the Northeast and Midwest regions fell by six points and four points, down to 42 and 46, respectively.

Among the detailed RMI components, two important indicators of future activity increased in the second quarter: backlog of jobs to 46 (from 43) and amount of work committed for the next three months to 43 (from 42).  All indicators of current market conditions fell: major additions and alterations to 42 (from 44), minor additions and alterations to 47 (from 52) and maintenance and repairs to 50 (from 51).

"The labor market was weak in April, May and June, adding no more than 80,000 jobs a month, which hurt consumer confidence and likely explains some of the temporary signs of weakness in the construction industry during the second quarter--like the two point decline in the RMI," said NAHB Chief Economist David Crowe.  "The relative strength of the RMI components for jobs in the pipeline is consistent with the modest increase in remodeling activity NAHB is forecasting for the balance of 2012."