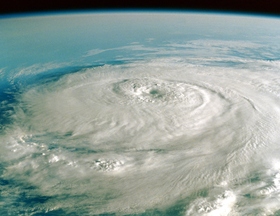 According to CoreLogic's annual Natural Hazard Risk Summary and Analysis report, natural disasters that struck the United States in 2012 had a significant economic impact on property losses nationwide.

"Hurricane Sandy was, without a doubt, the single most destructive natural hazard event of 2012, due to the combination of environmental elements that created what the National Oceanic and Atmospheric Association (NOAA) called a 'Frankenstorm,'" said Dr. Thomas Jeffery, senior hazard scientist for CoreLogic.

"The unusually broad span of the storm's reach, its intersecting path with a nor'easter and its landfall at high tide led to disastrous levels of storm surge, pushing flood waters far overland and causing widespread destruction along the coast that could total as high as $50 billion."

Among key findings of CoreLogic 2012 Natural Hazard Risk Summary and Analysis include:


"Because the strength, severity and geographic impact of natural disaster events will change from year to year, an understanding of patterns in hazard activity, geographic vulnerabilities and the properties exposed to each different type of disaster is crucial to managing risk," said Jeffery.

The report provides an analysis of the impact of hurricane, flood, wildfire and tornado events over the course of the year, as well as a summary of potential risk from natural hazards in 2013. Compiled by CoreLogic spatial science experts, the report summarizes the structural, geographic and financial impact of natural disasters that caused billions of dollars in property damage across the U.S. over the course of the year.