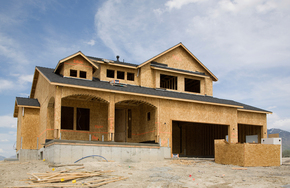 According to figures released today by HUD and the U.S. Census Bureau, sales of newly built, single-family homes in October held flat from a downwardly revised pace in the previous month, at a seasonally adjusted, annual rate of 368,000 units.

"New-home sales have been occurring at a fairly steady pace since this summer, with October sales running about 17 percent ahead of the pace set at the same time last year," noted Barry Rutenberg, chairman of the National Association of Home Builders (NAHB) and a home builder from Gainesville, Fla. "While this is encouraging, housing's recovery is being significantly constrained by overly tight mortgage lending conditions at this time, and policymaker discussions about changes to the mortgage interest deduction could cast a shadow on future housing demand."

"After steady improvement in home sales through most of this year, the pace of that activity effectively leveled off over the four months from July to October," added NAHB Chief Economist David Crowe. "The latest numbers are right in line with our forecast, which projects that sales will resume a slow, upward trajectory going forward and will end 2012 about 20 percent ahead of 2011."

Regionally, new-home sales numbers were mixed in October. The Midwest posted a 62.2 percent gain following a big dip in the previous month, and the West posted a solid 8.8 percent increase. Meanwhile, the South and Northeast posted declines of 11.6 percent and 32.3 percent, respectively - the latter of which was likely impacted by storm preparations at the end of the month.

The inventory of new homes for sale rose marginally to a still-slim 147,000 units in October, which is a 4.8-month supply at the current sales pace.

According to on-air TV interviews today on CNBC with Rick Santelli and Diana Olick, these new home sales numbers were way below many Wall Street analysts' expectations for October 2012.