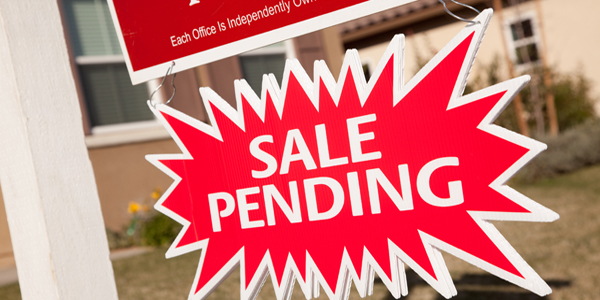 According to the National Association of Realtors (NAR), pending home sales declined in December but have stayed above year-ago levels for 20 consecutive months.
The Pending Home Sales Index, a forward-looking indicator based on contract signings, fell 4.3 percent to 101.7 in December from 106.3 in November but is 6.9 percent higher than December 2011 when it was 95.1.  The data reflect contracts but not closings.

Lawrence Yun, NAR chief economist, said there is an uneven uptrend.  "The supply limitation appears to be the main factor holding back contract signings in the past month.  Still, contract activity has risen for 20 straight months on a year-over-year basis," he said.  "Buyer interest remains solid, as evidenced by a separate Realtor survey which shows that buyer foot traffic is easily outpacing seller traffic."

Yun said shortages of available inventory are limiting sales in some areas.  "Supplies of homes costing less than $100,000 are tight in much of the country, especially in the West, so first-time buyers have fewer options," he said.  "We expect a seasonal rise of inventory in the spring to help, but a seller's market may be developing.  Much of the West is already a seller's market for homes priced under a million dollars, but conditions are much more balanced in the Northeast."

Even with tighter inventory, a pent-up demand and favorable affordability conditions bode well for the market.  Yun expects existing-home sales to increase another 9 percent in 2013, following a 9 percent rise in 2012.