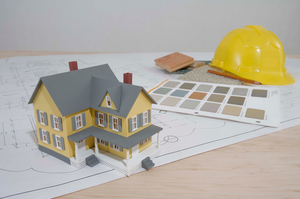 According to the National Association of Home Builders (NAHB), U.S. home remodeling activity remained relatively flat in the first quarter of 2012, as the Remodeling Market Index (RMI) decreased one point to 47 from the upwardly revised 48 in the previous quarter.

The overall RMI combines ratings of current remodeling activity with indicators of future activity. An RMI below 50 indicates that more remodelers report market activity is lower (compared to the prior quarter) than report it is higher.

"We are seeing that the demand for remodeling work has been pulled forward because of a mild winter," said NAHB Remodelers Chairman George "Geep" Moore Jr., GMB, CAPS, GMR and owner/president of Moore-Built Construction & Restoration Inc. in Elm Grove, La. "That is why many remodelers reported lower numbers for future activity."

The three components measuring current market conditions moved in different directions in the first quarter: major additions remained even at 44; minor additions rose one point to 52; and maintenance and repair dropped four points to 51. Two of the four components measuring future market indicators decreased: backlog of remodeling jobs dropped four points to 43 and appointments for proposals fell five points to 45. Meanwhile, calls for bids rose one point to 47 and amount of work committed for the next three months remained even at 42.

Regionally, remodeling market conditions in the West increased three points to 47, while the other three regions showed declines: the Northeast to 48 (from 55), the Midwest to 50 (from 52) and the South to 46 (from 49).

"Even though many remodelers report that consumers are showing increased interest in remodeling, they are hesitant to act because of financing constraints and the spotty nature of the economic recovery, which so far has failed to reach some of the larger markets in country," said NAHB Chief Economist David Crowe. "Many consumers are likely to be deferring large remodeling projects until they feel more comfortable with the economic climate in their area."