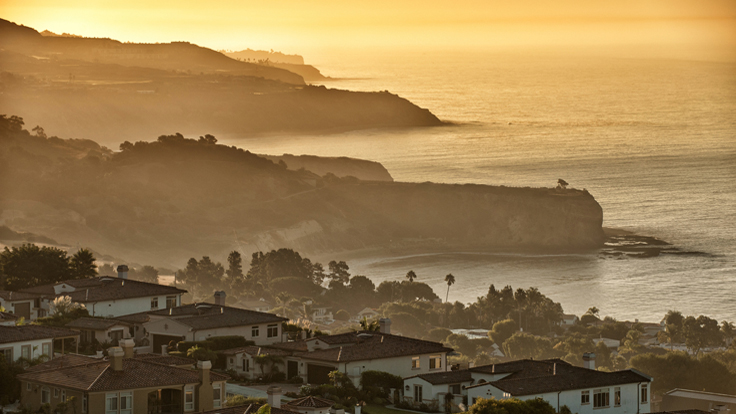 
The number of homes sold in Southern California dropped 17.1 percent in September, compared to the previous month, as sales in middle to upper price ranges outpaced more affordable markets.

A total of 19,112 new and resale house and condos sold in Los Angeles, Riverside, San Diego, Ventura, San Bernardino and Orange counties in September, down from 23,057 sales in August, according to DataQuick. However, the number was 7 percent higher than last year.

The median price for all homes sold in the six-county region in September was $382,000, a decrease of eight percent from last month, but 21.3 percent higher than $315,000 last year. The median price has increased year-over-year for 18 consecutive months, gaining more than 20 percent for the last nine months, DataQuick reports.

"We've seen a fairly normal downshifting in the housing market this fall," Dataquick president John Walsh said in the release. "Couple that with the rise in inventory, higher mortgage rates and the ongoing, gradual drop in purchases by investors and cash buyers and it's no wonder prices have leveled off in recent months.

"What's not clear is how well the market can weather the job losses related to the federal government shutdown and the blow to consumer confidence caused by fears of a default in the national debt."

The federal government is restarting today, but DataQuick expects to see the impact on the housing market in the next couple of months. Last week the California Association of Realtors predicted "modest gains" for home prices in the next year.

Sales activity in the middle and upper price range led the region in September. Homes that sold for $500,000 or more jumped 42.1 percent from last year, while $800,000-plus sales increased 43.4 percent.

The share of flipped homes was 6.2 percent of all Southland homes, up from 5.9 percent in August. In the U.S., however, a new report shows a significant decrease in flipped homes.