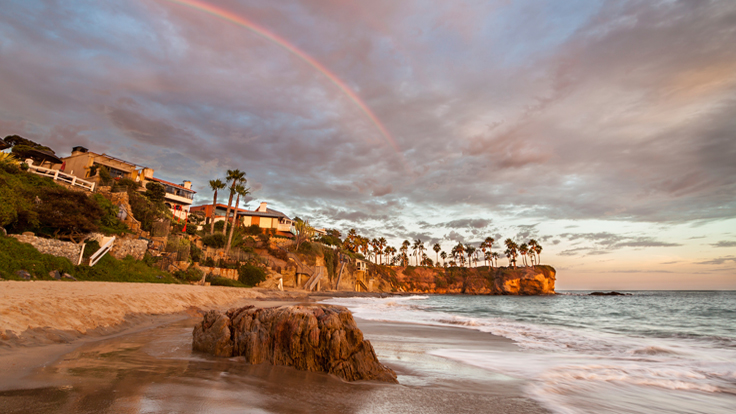 
California's home market will post continued gains in home sales and home prices in 2014 as sales shift away from distressed properties, according to a new forecast from the California Association of Realtors.

"The housing market has improved over the past year, and we expect this trend to continue into 2014," CAR president Don Faught said in the release.  "As the economy enters the fourth year of a modest recovery, we expect to see a strong demand for homeownership, as buyers who may have been competing with investors and facing an extreme shortage of available housing return from the sidelines."

In August the housing market in California, one of the hardest hit by the downturn, reached its highest level of homes sold since 2006, according to DataQuick.

The distressed property market is improving in California, going from one in three sales a year ago to less than one in five in recent months, due mostly to the increases in home prices, CAR says.

"As the market continues to improve, more previously underwater homeowners will look toward selling, making housing inventory less scarce in 2014,"  CAR vice president and chief economist Leslie Appleton-Young said in the release. "As a result of these factors, we'll see home price increases moderate from the double-digit increases we saw for much of this year to mid-single digits in most of the state."

While the California home market is expected to continue growing next year, the association notes possible variables. The average 30-year fixed-rate mortgage interest rate is expected to increase to 5.3 percent, CAR predicts.

"The wildcards for 2014 include federal, fiscal, monetary and housing policies - such as the mortgage interest deduction and mortgage finance reform - as well as housing supply and the actions of the Federal Reserve, which will ensure a higher rate environment," Ms. Appleton-Young said.