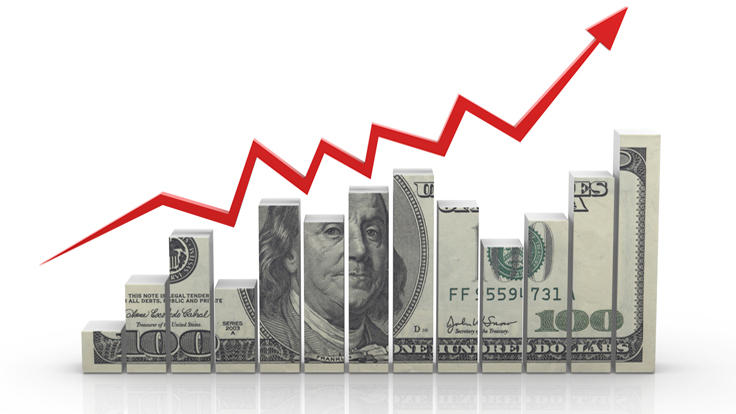 
Home prices in 20 U.S. cities increased in October by the largest amount in almost eight years, marking the seventeenth month of annual increases.

The cities posted a 13.6 percent yearly increase on the S&P/Case Shiller Home Price Indices in October, representing the highest gain since February 2006, after increasing by 13.3 percent in September. 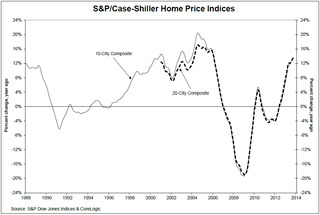 Both the 10-city and 20-city composites' annual returns have been in double-digit territory since March this year. Thirteen cities posted double-digit annual returns in October. Cities at the top of the range -- Las Vegas, San Diego and San Francisco - recorded smaller annual gains, while cities that have been underperforming - Cleveland, New York and Washington - witnessed their annual home price gains grow.

This is the latest piece of positive news for the housing market. Yesterday, the National Association of Realtors reported a gain in pending home sales, after dropping for five months.

"However, monthly numbers show we are living on borrowed time and the boom is fading,"
David M. Blitzer, chairman of the Index Committee at S&P Dow Jones Indices, said in the report.

The two composites recorded a small monthly gain of 0.2 percent in October. Las Vegas had the largest monthly increase with 1.2 percent, followed by Miami with a 1.1 percent monthly gain. On the other hand, San Francisco posted a slightly negative return, after 19 months of increases, the report shows.

As of October, average home prices in the U.S. are back to their mid-2004 levels, but the housing market could face challenges in months to come.

"The key economic question facing housing is the Fed's future course to scale back quantitative easing and how this will affect mortgage rates," Mr. Blitzer said. "Other housing data paints a mixed picture suggesting that we may be close to the peak gains in prices. However, other economic data point to somewhat faster growth in the new year."

The NAR forecasts a six percent increase in U.S. home prices in 2014.