Foreclosure activity in the U.S. dropped 10 percent in February compared to a month ago, reaching the lowest level in more than seven years, according to RealtyTrac.

A total of 112,498 foreclosure filings -- default notices, scheduled auctions and bank repossessions -- were reported in February, dropping 27 percent from a year ago to the lowest monthly total since December 2006.

"Cold weather and a short month certainly contributed to a seasonal drop in foreclosure activity in February, but the reality is that new activity is no longer the biggest threat to the housing market when it comes to foreclosures," said Daren Blomquist, vice president at RealtyTrac. "The biggest threat from foreclosures going forward is properties that have been lingering in the foreclosure process for years, many of them vacant with neither the distressed homeowner or the foreclosing lender taking responsibility for maintenance and upkeep of the home."

"One in every five homes in the foreclosure process nationwide have been vacated by the distressed homeowner, but it is closer to one in three foreclosures in some cities," Mr. Blomquist said. "These properties drag down home values in the surrounding neighborhood and contribute to a climate of uncertainty and low inventory in local housing markets." 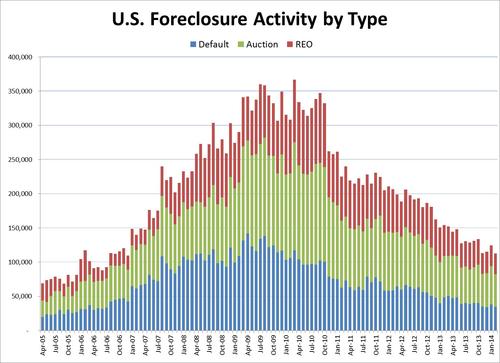 After a 10 percent monthly increase in January, foreclosure starts reached the lowest level since December 2005. A total of 51,842 homes began the foreclosure process in February, down 9 percent from January and down 27 percent from a year ago. 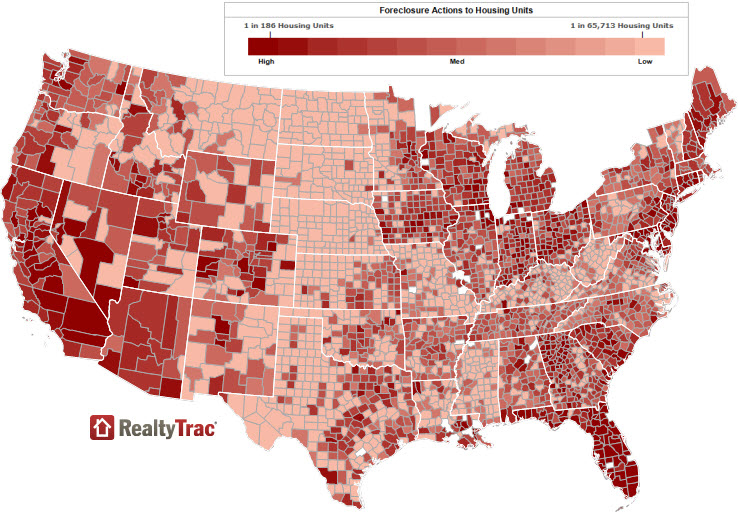