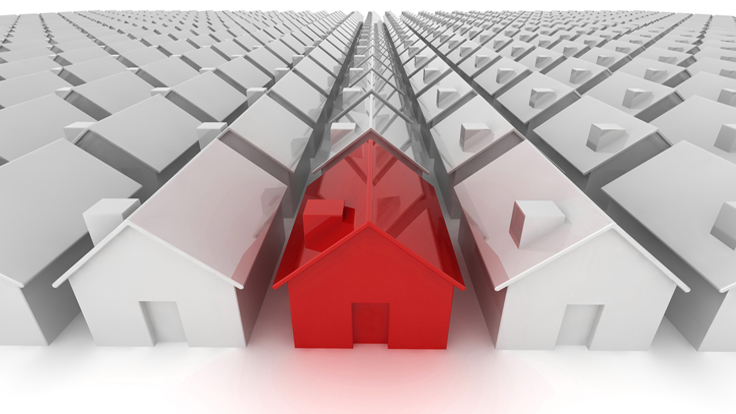 
The number of foreclosure filings in 2013 dropped 26 percent from 2012, to reach the lowest annual total since 2007, according to the latest report from RealtyTrac.

Foreclosure filings -- default notices, scheduled auctions and bank repossessions -- were reported on 1,361,795 U.S. homes in 2013, down from the peak of 2.9 million properties with foreclosures filings in 2010. 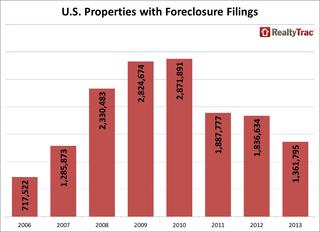 "Millions of homeowners are still living in the shadow of the massive foreclosure crisis that the country experienced over the past eight years since the housing price bubble burst -- both in the form of homes lost to directly to foreclosure as well as home equity lost as a result of a flood of discounted distressed sales," Daren Blomquist, vice president at RealtyTrac, said in the report. "But the shadow cast by the foreclosure crisis is shrinking as fewer distressed properties enter foreclosure and properties already in foreclosure are poised to exit in greater numbers in 2014 given the greater numbers of scheduled foreclosure auctions in 2013 in judicial states -- which account for the bulk of U.S. foreclosure inventory."

Florida, Nevada and Illinois posted the highest foreclosure rates in the nation in 2013, after continuously ranking at the top throughout the year. 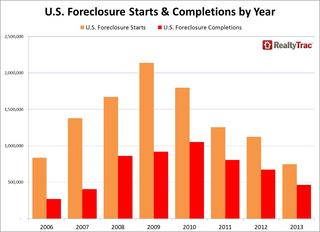 "The push to schedule these auctions is certainly coming at an opportune time for the foreclosing lenders," Mr. Blomquist said. "There is unprecedented demand from institutional investors willing to pay with cash to buy at the foreclosure auction, helping to raise the value of properties with a foreclosure filing in 2013 by an average of 10 percent nationwide." 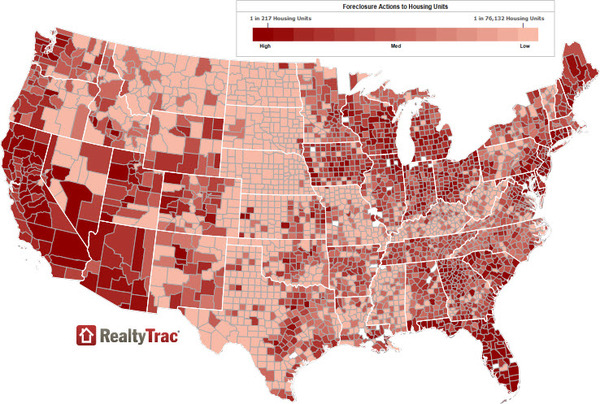