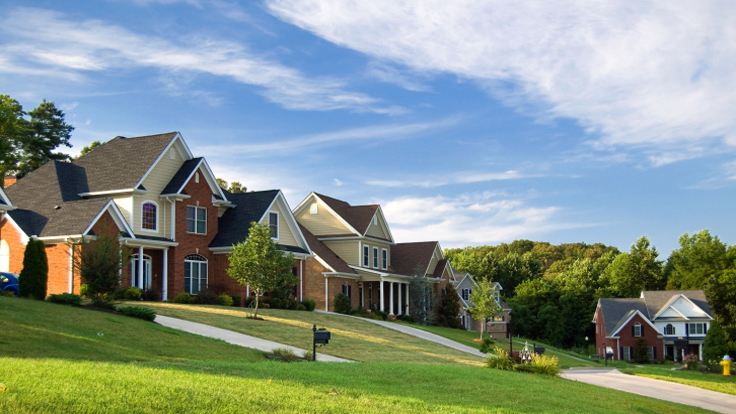 
U.S. home sales increased 13 percent in October, compared to last year, according to the latest data from RealtyTrac.

The number of homes sold in October -- including single-family homes, condominiums and townhomes -- was two percent higher than the previous month.

Although home sales increased nationwide, they dropped on an annual basis for the third consecutive month in three bellwether western states: California (down 15 from a year ago), Arizona (down 13 percent) and Nevada (down 5 percent), RealtyTrac reports.

The market share of short sales dropped to 5.3 percent in October from 6.3 percent the previous month and 11.2 percent last year.

"After a surge in short sales in late 2011 and early 2012, the favored disposition method for distressed properties is shifting back toward the more traditional foreclosure auction sales and bank-owned sales," Daren Blomquist,vice president at RealtyTrac, said in the report. "The combination of rapidly rising home prices -- along with strong demand from institutional investors and other cash buyers able to buy at the public foreclosure auction or an as-is REO home -- means short sales are becoming less favorable for lenders."

The national home median sales price -- including both distressed and non-distressed sales -- was $170,000 in October, unchanged from September but 6 percent higher from last year, representing the 18th consecutive month of yearly increases. 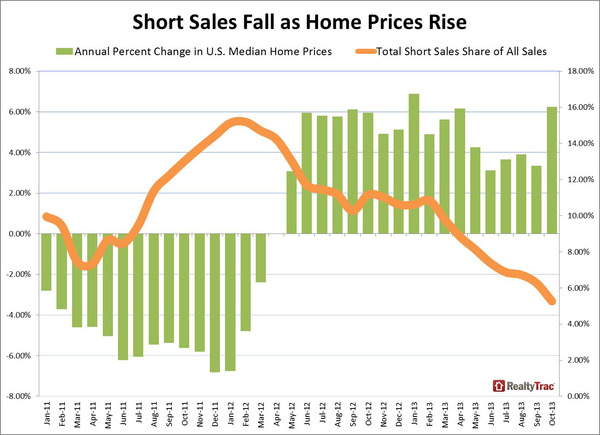