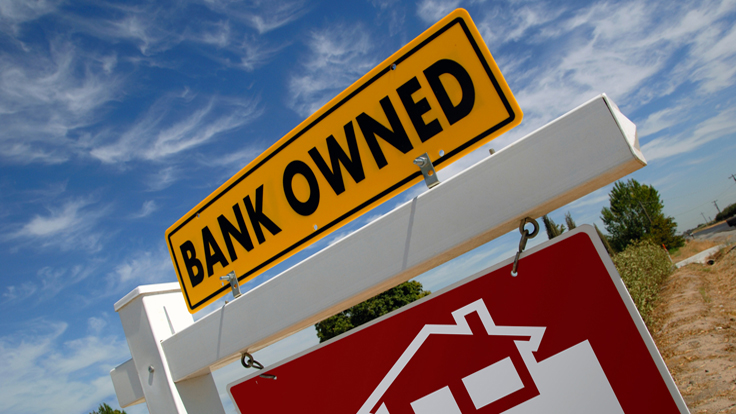 US Foreclosures Lowest Since 2006


Home foreclosure activity was down 14 percent in June from the previous month, reaching its lowest level since December 2006, according to the latest midyear foreclosure market report from RealtyTrac.

During the first six months of the year, 801,359 homes were in some level of foreclosure -- default notices, scheduled auctions and bank repossessions -- a 19 decrease from the previous six months and 23 percent lower than the same period last year.

"Halfway through 2013 it is becoming increasingly evident that while foreclosures are no longer a problem nationally they continue to be a thorn in the side of several state and local markets, particularly where a backlog of delayed distress has built up thanks to a lengthy foreclosure process," Daren Blomquist, vice president at RealtyTrac, said in a release. "The increases in judicial foreclosure auctions demonstrate that these delayed foreclosure cases are now being moved more quickly through to foreclosure completion."

The top five states for foreclosure rates during the first half of the year were Florida, Illinois, Maryland, Ohio and Nevada. One in every 355 housing units had a foreclosure filing in Florida, three times the national average. Foreclosure activity decreased 58 percent from the previous month in Nevada but it still had the second highest rate in the nation.

Florida not only topped the state list, it had the top five metro city foreclosure rates: Miami, Orlando, Jacksonville, Ocala and Tampa.

More highlights from the report: 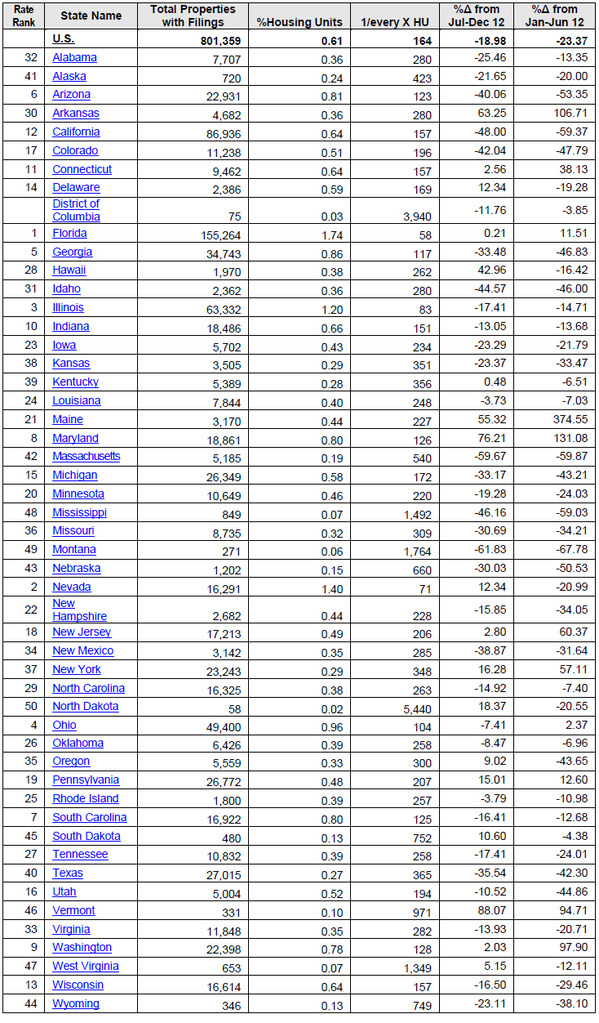