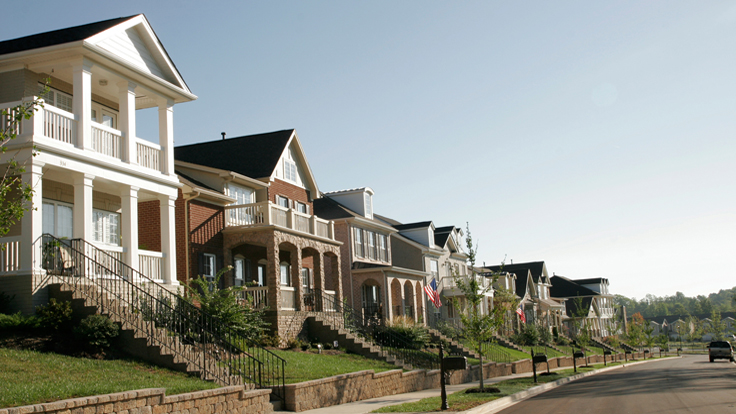 
Housing affordability dropped by the largest margin in 13 years during the third quarter, as home prices and interest rates increased, according to a report from the National Association of Home Builders.

Of the new and existing homes sold between July and September, 64.5 percent were affordable to families earning a median income of $64,400, dropping from 69.3 percent during the second quarter, NAHB's Housing Opportunity Index shows. This is the largest drop for the index since the second quarter of 2004.

"Housing affordability is being negatively affected by a 'perfect storm' scenario," NAHB chairman Rick Judson, said in the report. "With markets across the country recovering, home values are strengthening at the same time that the cost of building homes is rising due to tightened supplies of building materials, developable lots and labor."

Affordability has come down from the peak in early 2012, NAHB chief economist David Crowe said in the report.

Rising interest rates and home values contribute to the decline in affordability, but "some of the decline in the affordability index could be the result of a loss in some more modest priced home sales as tight underwriting standards have limited the purchases by moderate income families," Mr. Crowe said.

Indianapolis-Carmel, Ind., and Syracuse, N.Y. were tied as the nation's most affordable major housing markets; 93.3 percent of all new and existing homes sold in the third quarter were affordable to families earning the areas' median incomes of $65,100 and $65,800, respectively.

For a fourth consecutive quarter, San Francisco-San Mateo-Redwood City, Calif. was the least affordable major market, with only 16 percent of homes sold in the third quarter affordable to families earning the area's median income of $101,200.