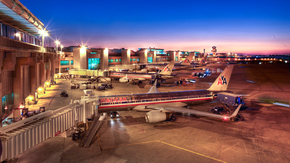 "Thanksgiving travel hit a decade low in 2008 when only 37.8 million Americans traveled," said AAA President and CEO Robert Darbelnet. "Since that year we have seen a steady increase in the number of travelers taking to the roads and skies for the holiday. Americans continue to find ways to economize their budgets so they can gather around the holiday table to carve the turkey."

"While we do not yet know the full impact that Hurricane Sandy will have on travel from the Mid-Atlantic region, we do know that the impact for many Americans in that region is substantial," continued Darbelnet.

Wednesday before the holiday is expected to be busiest travel day

The Thanksgiving holiday is unique falling on a Thursday every year. Many people are off from work the Friday after, giving travelers the opportunity to spend more time with family and friends.   AAA asked intended travelers which days they would depart for and return from Thanksgiving Travel. Among those surveyed, the majority of travelers plan to leave the Wednesday before the holiday (45 percent) and return the following Sunday (36 percent) with another 25 percent expecting to return on Monday, Nov. 26.

Approximately 90 percent of travelers or 39.1 million people plan to travel by automobile this Thanksgiving. This is a 0.6 percent increase over the 38.9 million people who traveled by auto last year.  Air travel is expected to decrease 1.7 percent as 3.14 million holiday travelers will take to the skies.

Those traveling by air will find lower airfares according to AAA's Leisure travel Index.  For the Thanksgiving holiday the average lowest round-trip rate is $188 for the top 40 U.S. air routes, an 11 percent decrease from last year. Approximately 1.3 million travelers will choose other modes of transportation, including rail, bus and cruise ship.

According to AAA's Leisure Travel Index, Thanksgiving holiday hotel rates for AAA Three Diamond lodgings are expected to decrease one percent from a year ago, with travelers spending an average of $143 per night compared to $145 last year. Travelers planning to stay at AAA Two Diamond hotels can expect to pay one percent more, at an average cost of $104 per night.  Weekend daily car rental rates will average $47, compared to $37 last year.

According to the survey of intended travelers, the average distance traveled by Americans during the Thanksgiving holiday weekend is expected to be 588 miles, which is a decline of 16.7 percent from last year when travelers planned to log 706 miles.

While spending time with friends and relatives and dining are primary activities for nearly all holidays, it is even more relevant for Thanksgiving travelers. Therefore it is not surprising that spending time with family and friends (75 percent) and dining (56 percent) are the most popular activities planned by travelers. Despite lower median spending, half of all travelers (50 percent) plan to shop during the holiday which can be expected given Black Friday occurs during the holiday weekend.