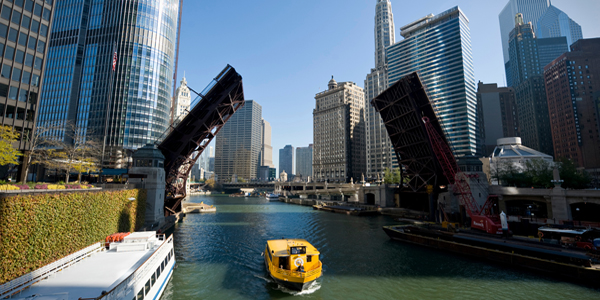 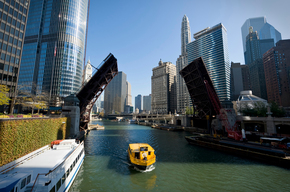 Hotel 71 on right (Photo courtesy of the City of Chicago)

According to a report in ChicagoRealEstateDaily.com, Boston-based Hospitality Properties Trust (NYSE:HPT) will acquire the 437-room Hotel 71 in downtown Chicago, near the city's Magnificent Mile, just west of Michigan Avenue. The seller is Canyon Capital Realty Advisors, based in Los Angeles.

Although the price for the Hotel 71 acquisition was not disclosed in the ChicagoRealEstateDaily.com article, it did say that the property could be worth $87.4 million, or $200,000 per key.  But David Loeb, senior equity research analyst and managing director at R. W. Baird in Milwaukee, says that $87.4 million may be low.

An R.W. Baird & Co. report on HPT says that once HPT buys Hotel 71, Wyndham Hotels is expected to manage it. As of August 1, Wyndham managed 20 of HPT's former IHG-branded hotels as part of a portfolio operating agreement. Baird analysts believe that the hotel will likely be added to the existing operating agreement, which has a limited guarantee from Wyndham and some credit support, which means that Wyndham will pay cash to make up the difference, should the cash flow from the hotels fall short of a specified minimum threshold.

"HPT's business model is different from other REITs we cover," says Loeb. "The company owns hotels, but has a management contract with a hotel operator, such as Marriott or Intercontinental," and part of that contract includes a guarantee return of, on average, 8% to 9%, he says.

Other REITs have a more traditional way of operating, says Loeb. "Whatever cash flow they get they get. While HPT may have a more stable business model than other REITs, the others take the upside as well as the downside," he says. "HPT is locked into a set return, which is like having a triple-net lease."

There are many factors that could affect the price for Hotel 71, says Loeb. "You have to factor in that the debt (on the hotel) was originated during a peak period," when expectations were much higher than today. "It is only now that (hotel) properties 'operating performances are getting back to about where they were in 2007," he says.  Still, lots of hotels in top markets in the US have room rates today that are 10% to 15% below what they were at the peak of the market, says Loeb.

Hotel 71 traded in March 2005 for $95.5 million and the owner defaulted on $128 million worth of loans in 2007 after a failed attempt at selling some of the hotel rooms as condominium units, according to the R.W. Baird report.

After two bankruptcies, Hotel 71 traded again December 2009 for $34 million. Canyon Capital, which owned a portion of a senior note, bought the property from the special servicer in an all-cash deal, then completed a $15 million renovation in the spring of 2011.

The Hotel 71 acquisition will probably close before the end of the year, says Loeb. But lots of complications could come up, he says. If there is an assumable debt, for example, the process could take longer.