Group Hotel Business Recovering in US, Demand for Rooms Higher than Ever 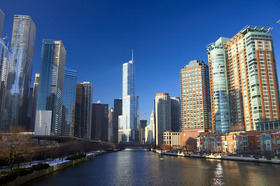 In a recent conference call with Greg Malark, COO of HelmsBriscoe, one of the world's largest group meeting procurement managers, he told his audience that the group hotel business has recovered more slowly than in past cycles, mostly because of changes in customer behavior. For example, approvals need to go to higher level executives, and clients are more budget-conscious.

Transient travelers and group travel managers may have found ways to lower their hotel costs in the last couple of years. But that doesn't mean that hoteliers are doing poorly.

Hotel room rates in 2012 were up between 4% and 6% compared to 2011, says Jan Freitag, senior vice president at STR, a hotel research company based in Hendersonville, Tennessee. "But hoteliers' profits could be greater," he says. "They feel they have to give discounts to their guests, but I don't believe that's true," says Freitag. There are no shortages of hotel guests, but it is hard to prove that, he says.

What is probably happening, says Freitag, is that "the data may be showing a 'false negative,' which means that groups of 10 or even 50 people, may be booking individually on sites like Expedia, because they have learned that they may be able to book more cheaply as individuals than as a group, he says. This happens when hoteliers, concerned about filling their rooms, drop their rates for fear of not being able to sell rooms otherwise, says Freitag.

"Anecdotally, we are seeing shorter booking times and smaller groups," says Freitag. "Rather than having one big meeting in Chicago, a company may have three regional meetings in Chicago, Orlando and Los Angeles to save money. But the company may still be out about the same amount of money," he says.  In cases like these, it isn't one hotel benefiting, but multiple hotels benefiting a little less, says Freitag.

This year in the lodging industry may look different from last, according to Freitag. "We think that 2013 will be a good year and hoteliers should take advantage of the strong demand environment and lack of new supply," he says. In spite of the uncertainty with regard to the economy, 2012 was better than ever for the lodging industry in terms of the number of rooms sold, says Freitag.

According to a PKF Hospitality Research, LLC survey conducted last October, 79 meeting planners said that the number of meetings and exhibitions they will organize in 2013 will be equal to the number they planned in 2012. At the same time, they expect more people to attend these events and the cost will be higher. In fact, 43 % of the planners in the survey said that they would have a larger budget in 2013 than in 2012 for similar events.

One of the reasons that the survey respondents are expecting higher expenditures in 2013 is that hotel rates are going up, according to the PKF survey. "Only 33% of the time in 2012 were hotels willing to offer meeting planners lower room rates as an incentive to book their group, down from 58% of the time in 2011. As a result, 72% of the survey participants said they planned for higher room rates in 2013.

In 2007, the average room rate in the US was $104 compared to $106 in 2012, according to STR research. "On the surface those numbers look good, but that doesn't take inflation into consideration," says Freitag. "Room rate growth has not kept pace with inflation; it is still far behind," he says.