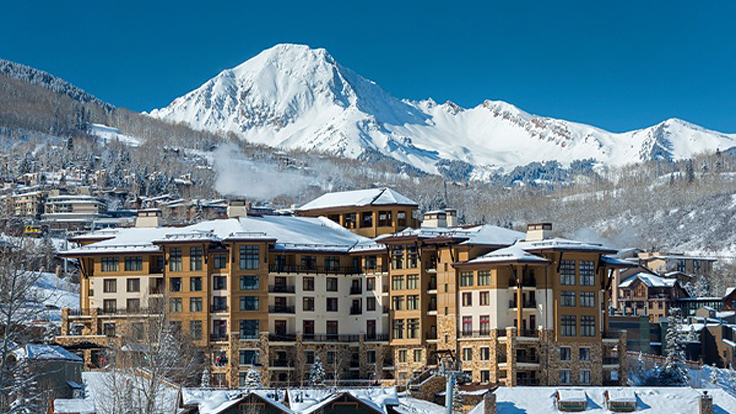 
Related Colorado is preparing for healthy sales in its 152-unit, whole ownership condo-hotel development, the Viceroy Snowmass Hotel & Residences, during the current winter season. When sales for Viceroy relaunched last season, the company witnessed international interest, selling 54 of 152 residences. The group's plan is to develop Snowmass Base Village in order to elevate Snowmass as one of the world's best ski destinations. 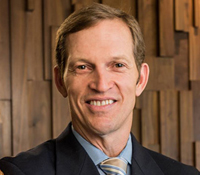 Dwayne Romero, Related Colorado CEO, spoke to WPC News about the resort's international appeal as well as the company's strategy for a re-development of the entire Snowmass market. Edited excerpts:

How long has Related been operating in Snowmass and what is the development status at the moment?

Related's involvement dates back to 2007, we have owned Base Village since that time. We are redeveloping of the overall Snowmass Resort ski area. Today we are approximately 40 percent complete with that project, it is a collection of over 600 residential units and about 75,000 square feet of commercial. It includes, among other key brands, the Viceroy Hotel & Residences. At the very moment we are at the midst of both selling existing inventory from the Viceroy Hotel Residence collection as well as planning to build a second viceroy hotel facility, together with a third hotel facility that we'll ultimately have in construction by next summer and that will be a deal that we have with the Aspen skiing company.

With the Viceroy Snowmass resort, what has been the key marketing for the resort?

The last several years has been the success of the strong market receipt of the Viceroy Hotel Residences. In particular the last forty plus years here in Snowmass Village has been a good run but a lot of the lodging, hospitality and residential inventory is dated and in fact has fallen behind in the almost world-class condition of the ski mountain itself. So, the Viceroy brings to the market a four plus star quality residence that has tremendous amenities and a dynamite location for pure ski-in and ski-out and it has been received quite well since its inception in November 2009. Since a relaunch of our sales a year ago, we've been able to accomplish a sale of 54 of 152 residences in the Viceroy Hotel and Residence. It is approximately one-third complete which is ahead of our pace and we are definitely ahead of our pricing than we had originally planned. That performance statistics is over 50 percent of all condo sales in the Snowmass Village market for that same time frame.

Can you explain what you mean by 'ahead of pricing'?

Our initial business plan had a more cautious, more conservative pricing methodology and we are pleasantly surprised with the modest increase to prices that we've been able to adjust for while the momentum of sales velocity is coming. We clearly want to reward our early movers and so some of the early adopters that purchased this time last year, we intend to not only do a great job at Base Village but we also intend to make sure that their purchase decision and the confidence that they have shown is well deserved.

How did the economic crisis affect original plans?

It definitely impacted severely, in terms of physical progress and overall schedule of completion and in fact it grew into great uncertainty in the overall ownership and business plan. The upshot to the story, is here it is almost seven years later and we as a company are standing strong and much more focused on successful execution, not getting caught up in the frothy, over-exuberance that existed in 2007 and 2008 and it makes for a more rational, logical forward progress for the project. 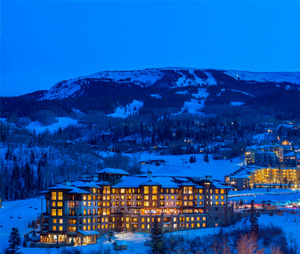 What are examples of pricing for the resort?

The pricing ranges, we have studios down to $280,000 range and we expand all the way to luxury four-bedroom, four-bath residences well over 2,000 square feet at a price tag of $2.5 million and just about every other configuration that you can image. This time last year, a studio was maybe around $255,000, [they are] modest increases but nonetheless it's important as we recover.

What kind of rental program do you offer?

If [buyers] do chose to opt into a rental program, at the Viceroy we have a seamless program that is run by the hotel's management team. We, Related company, aside from the Viceroy, also own and operate other hospitality divisions here. Most notably, we have the Snowmass hospitality company which manages upwards of 150 condos here in the marketplace for third-party owners.

What is the target audience for the resort and residences?

The label should start and finish with the word family. Thats the wonderful thing about Snowmass Village, it has just about everything available in terms of recreation and athletics and your access to amenities and services. It's built perfectly for families. Domestic versus international, we definitely have both. The majority is definitely domestic and it comes from those markets that already have loyalty here, places like New York, Chicago, Houston and Dallas, as well as the West coast with Los Angeles and San Francisco and some from South Florida markets like Miami. We do have a handful within state, from Denver and then we have a good nice splice from our international market from South America and Brazil -- we had a couple of purchases recently from that market. Australia is also always a good go-to and we have a loyal following from Britain and a larger Europe market place.

What change have you seen in the international presence?

The predictable markets, which would be the Australia market as well as the European market are steady and strong but we have seen a material growth in the South and Central American markets. It comes first in the form of increased visitation, as lodging guests for year one and year two. By the time they are here for the third or fourth visiting season, they gain a level of comfort and confidence and think of pursuing an investment decision of owning a piece of Snowmass Village for their own. We've seen that trend tracing all the way back to 2009 for sure as we watched the occupancy patterns of both the Viceroy Hotel and Residences as well as our other operating hospitality companies that we control.

What is the long-term goal for the area?

To recognize that Aspen/Snowmass is a larger resort community in that the recreation, offerings, entertainment and lodging opportunities of both, make up one larger nucleus. [We] want to make sure that we are doing a wonderful job of leveraging the strength and abilities of each of those places so that the buyer can almost be equally comfortable buying residences in Aspen as they can be in Snowmass Village. Aspen commands a pricing premium yet their inventory is so constrained that it would suggest that Snowmass Village will probably continue to be a great alternative if you're looking to stay or purchase something here in our larger market place.

How much commercial space in Snowmass does Related Colorado own?

As a company, just north of 90 percent of all the commercial spaces, and they are organized around three locations. One would be the original Snowmass Village mall, that is an original resort, retail and restaurant operating complex that was built back in the late 1960s, early 1970s. We also own the Snowmass Center, and we also own Base Village, which is mostly resort-oriented amenities.

How is the market affected by the seasons?

Both winters and summers are strong, we have our off seasons between the spring and the fall. Those seasons overtime have become shorter as more people recognize the opportunities in the mountains in the late spring and the early fall.