International real estate consultancy Cluttons is now reporting a welcomed the resumption in activity from multinationals in Bahrain, which now account for approximately 25% of office space deals in the Kingdom.

Cluttons' Bahrain 2015/16 Winter Property Market Outlook Report indicates that the return of this important occupier group to the office market is a direct result of the widespread re-emergence of social stability across Bahrain. The country's appeal has also been boosted by being voted as the fourth best country for expats to live world-wide, and the top destination among Gulf Countries by HSBC bank.

According to the report, rents across Manama's main office submarkets have been relatively stable for the past 12 months, however in some submarkets such as Al Seef, rents for fitted shell and core space have crept up over the last three quarters from BD4.5 and BD5.5 psm, to between BD5.5 and BD6 psm, suggesting that the market may have bottomed out.

Harry Goodson-Wickes, Head of Cluttons Bahrain says, "We welcome the recent increased activity in the office market, however the performance of the global economy is likely to filter through to Bahrain in the form of reduced business activity in the near term and may lead into a period of consolidation of space for this segment of the market. We are already seeing this trend in the hydrocarbon sector. Should this scenario play out, the weak turn around in rents may be reversed for a time. For now, it is our expectation that the next six months will see rents holding steady, although the downside risks appear to be gathering momentum. Regardless it is a positive signal to see multinationals resume activity in the Kingdom."

Faisal Durrani, Cluttons' Head of research further commented, "The ability of the office market to sustain the slight turn around seen so far this year very much depends on how the global economic story plays out. With challenges ahead for China and the EU, and with commodity prices unlikely to stage a comeback in the near term, the global economy is now expected to grow by a downwardly revised 3.1%, the slowest pace since 2009, according to the latest IMF forecasts".

The report shows that retail market penetration continues to rise, with developers keen to introduce retail schemes designed to offer everyday conveniences such as gyms, supermarkets, cafés and pharmacies. The market also continues to witness strong growth in the appetite for space with activity particularly buoyant to the north east of Manama. Previously undeserved residential submarkets are now seeing a slew of retail developments designed to cater to the needs of the local resident population.

Goodson-Wickes added, "At Amwaj Islands, which is dominated by expat families, retailers have been keen to gain a foothold in a market they perceive to be particularly lucrative, which has helped to drive up rents from BD 9 psm at the start of the year, to BD 12 psm at the end of Q3, which equates to a 23.5% rise." 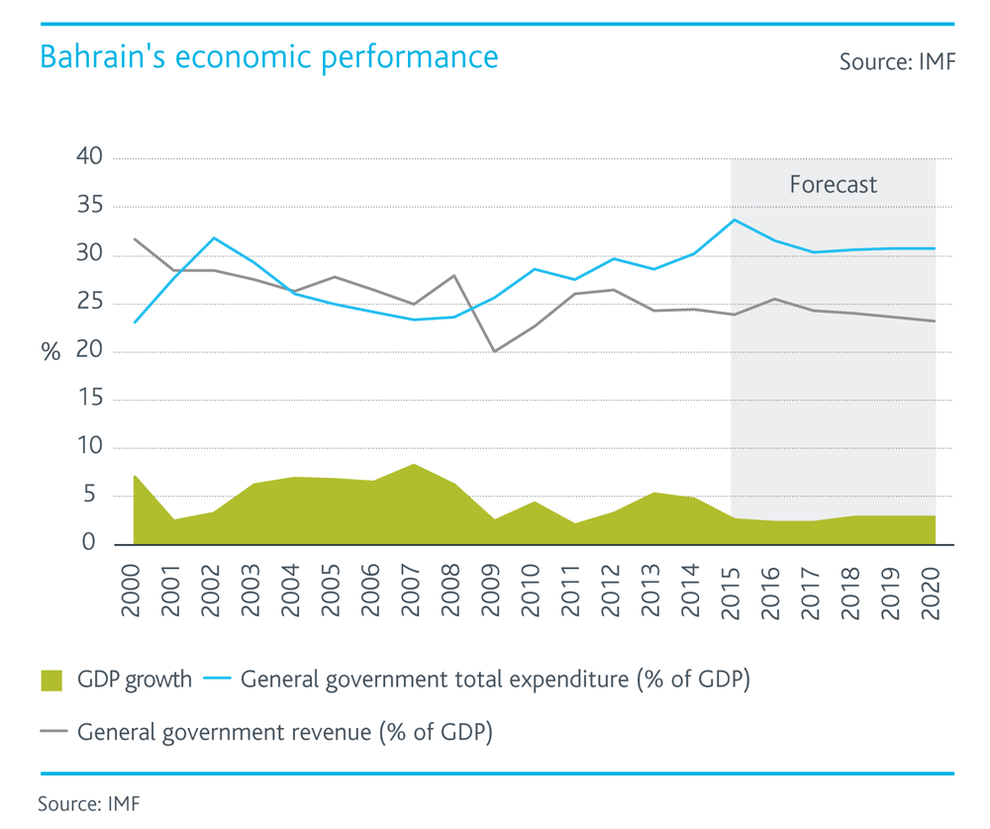 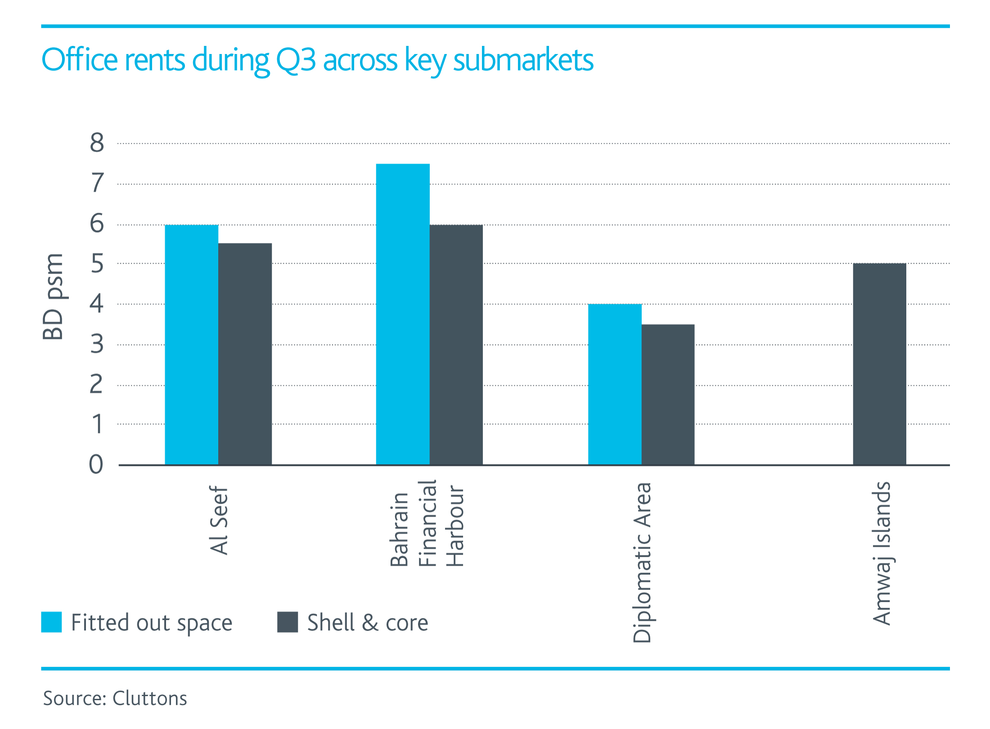